This morning, Michael Vick appeared in court to enter a plea of “guilty.” Of course, PETA was represented as well. PETA members were on the scene with new posters reflecting Michael’s embrace of Christianity. The posters displayed horrific and tragic images of injured dogs used in fighting along with the words “Dogfighters, Repent.” The message was that anyone else who’s involved in dogfighting needs to stop—now—before they, too, end up in jail, with no friends, no money, and no respect.

Photos from the demonstration are posted below. Let’s hope that Michael Vick’s fallen star will be a permanent lesson to all would-be dogfighters: just don’t do it. 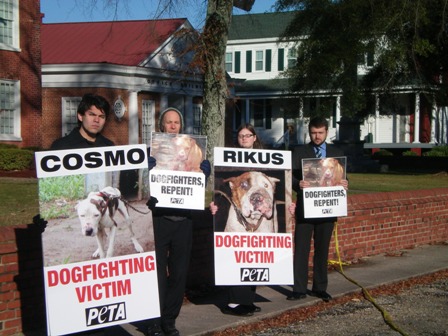 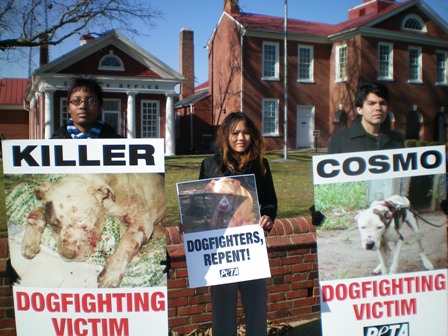 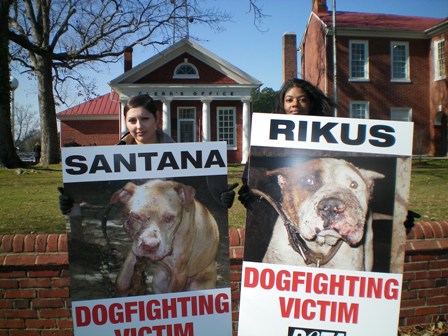