This will be an exciting announcement for those of you who are interested in PETA’s inner workings—and I’ve included plenty of cool pics for those of you that aren’t, so bear with me. Tracy Reiman, who has been a driving force behind PETA’s campaigns for 16 years, has just been promoted to Executive Vice President. As PETA President Ingrid Newkirk puts it, “She is a devoted, tried-and-true animal rights activist and a mature administrator.” Everyone who works with Tracy agrees that PETA, and animals, are very lucky to have her on their side.

Tracy started out working in Customer Service while she was still in college, and quickly rose through the ranks. She has worked in numerous roles in virtually every department within the organization, and is currently in charge of all things to do with marketing and technology, so she happens to be my boss.

I spent some time searching for pictures of Tracy looking “executive” to suit her new role, but what I came up with was much, much better. Besides, given that this particular organization is one whose core values are creativity, courage, and—almost above all—a sense of humor, I think this is a surprisingly appropriate images of PETA’s new Executive VP: 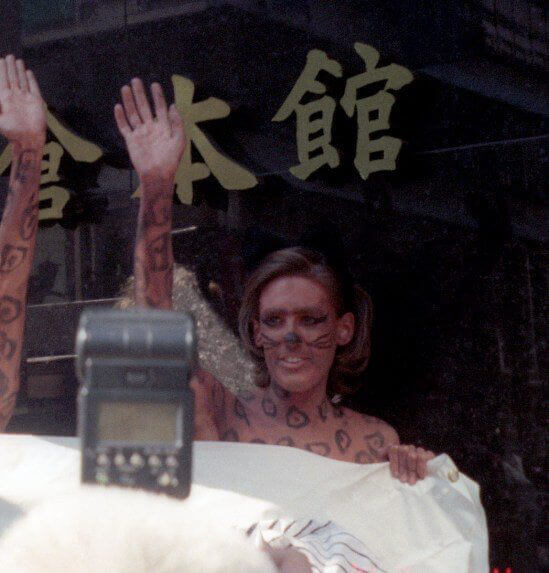