A group of “cavepeople” gathered (not hunted) outside the Smithsonian National Museum of Natural History in Washington, D.C., to help launch PETA’s new ad, which features a modern-day take on a cave painting. The ad has been placed on a bus shelter across the street from the museum and on other nearby bus shelters. 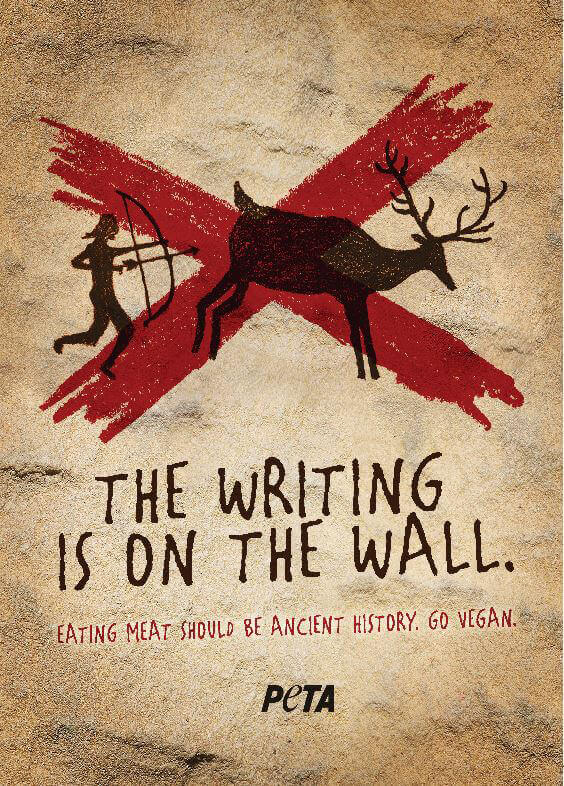 The Neanderthal demonstrators were joined by some Homo sapiens, who handed out free Beyond Meat chicken salad sandwiches to passersby as a tasty reminder that in today’s world, filled with infinite choices, there’s no need to go all Cro-Magnon on other species. 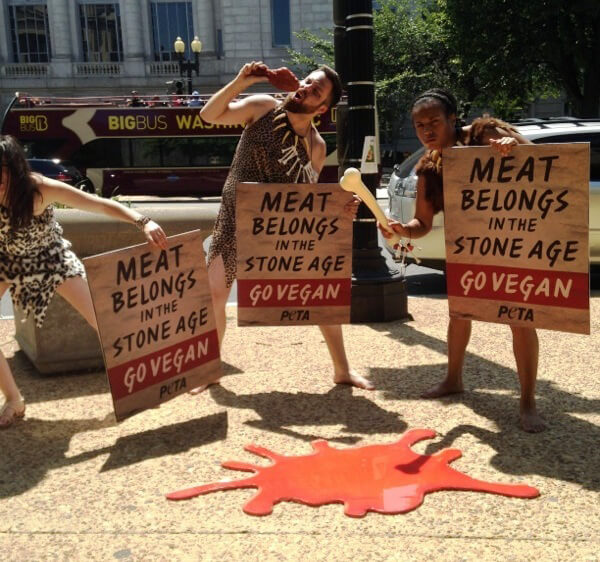 With numerous diseases—such as heart disease, strokes, and diabetes—linked to meat consumption, a growing body of evidence indicates that plant foods are the healthiest choices for humans. After all, our closest living ape relatives—gorillas, chimpanzees, and orangutans—eat mostly vegan foods. Moreover, hominids’ short, blunt canine teeth and flat molars are more suited to grinding plants than tearing flesh, and our long intestinal tract is more similar to that of an herbivore, like an elephant or a lemur, than the short digestive tracts of true carnivores, such as lions and tigers, or even omnivores, such as bears and raccoons. 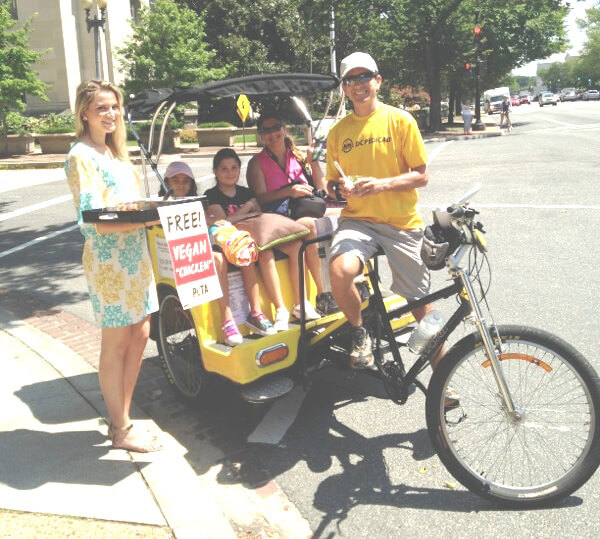 Are you ready to bring your diet into the 21st century? Go vegan—it’s so easy that even a caveperson could do it.