Racing 2-year-old horses is controversial, especially when trainers inject these juveniles with performance-enhancing drugs like Lasix. 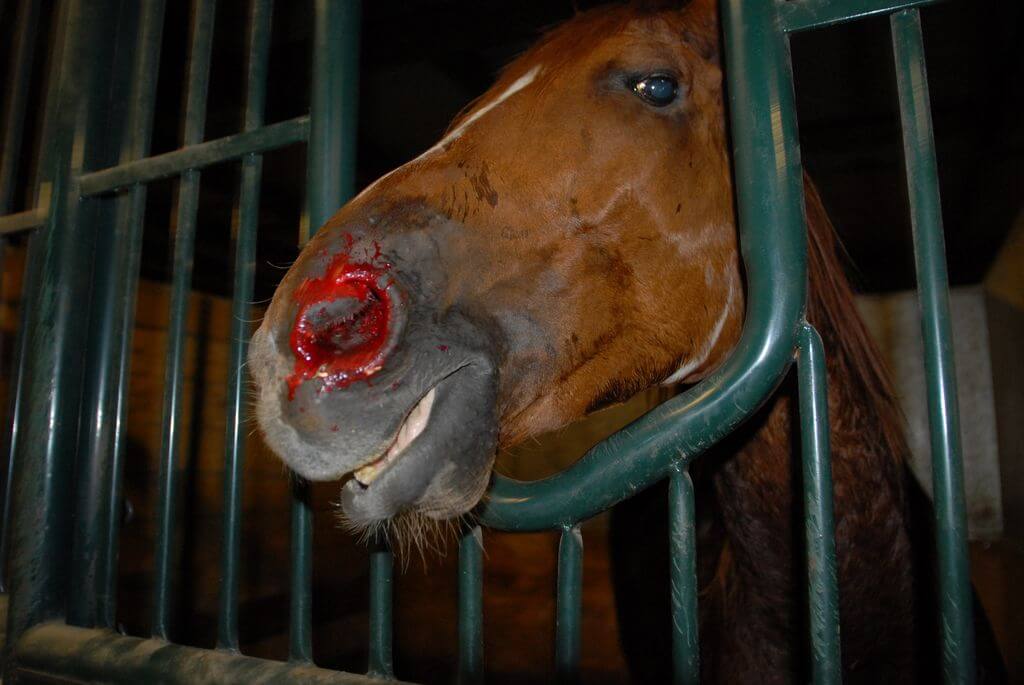 In an effort led by Maryland racetrack owners The Stronach Group, PETA and others urged the Maryland Racing Commission to ban Lasix and succeeded! Racetracks in the state join over a dozen others that run 2-year-old Lasix-free races.

Lasix—a diuretic that causes dehydration and electrolyte loss—is given to horses supposedly to prevent bleeding in the lungs during extreme exercise. However, in North American horse racing, Lasix is primarily used as a performance enhancer under the guise of therapeutic or preventive purposes. It causes increased urination and thus makes horses lighter and able to run faster. In the U.S. and Canada—but nowhere else in the world—it’s administered to nearly all horses on the days that they race.

Listen as one of New York state’s top horse racing veterinarians admitted as much to a PETA investigator on camera (begins as 4:34):

Experts state that horse skeletons don’t fully mature until around 5 years of age. This alone puts 2-year-old horses at a heightened risk of breakdowns and other serious injuries. Using diuretics and other performance-enhancing drugs only exacerbates the problem.

Keeneland and Churchill Downs have finished their spring and summer meets. And there have been no reports of serious EIPH (exercise-induced pulmonary hemorrhage) from any of those 2-year-old contests.

Here’s What the Racing Industry Needs to Do Next

While PETA does not support horse racing, we welcome changes that spare horses. We urge the tracks that are now leading the way to ban Lasix for all races, in addition to taking six more immediate steps to prevent fatal injuries:

What You Can Do to Get Drugs out of Horse Racing

Horses can learn symbols and use them to communicate desires, and they’re visibly excited by their newfound skills. They feel joy, pain, fear, and all the other emotions that we do. In no world would these complex individuals choose to run themselves to death for human entertainment.

On average, more than three horses die every day on racetracks in the U.S. Using PETA’s action form, please urge your U.S. representative to support the Horseracing Integrity Act, which would impose stricter regulations on drug use in racing and help protect these animals from abuse.

Tell Congress: Get the Drugs out of Horse Racing