Los Angeles Animal Services (LAAS) recently announced that its shelters had a “no-kill December,” a month during which the department reportedly “did not euthanize any treatable or healthy animals in its care.” While this certainly sounds wonderful and is what every animal shelter strives to achieve, one blogger explains what the numbers really translate into and how the welfare of animals is disregarded when statistics become more of a focus than the animals themselves. 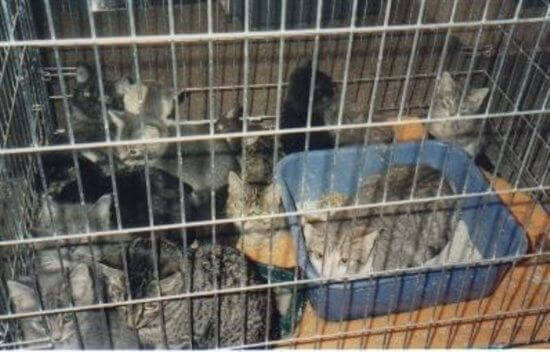 Longtime friend to animals, Phyllis Daugherty, examined what “no-kill December” really meant for animals who found refuge at LAAS last month and asked, “Are we really to believe that with no other changes but a change of mind, suddenly all the least desirable animals were swept from the shelter into ‘forever’ homes, or even just to somewhere that they can be assured a humane life?”

While LAAS announced a 90 percent “live-save” rate for December, this does not mean a 90 percent adoption rate. The term “live-save” means only that the animals left the shelter, not that they went to qualified, screened homes. As Daugherty explains, “Often the pet is merely taken to another shelter by ‘transport,’ and possibly transported many times to different shelters in different areas in the country if [he or she] is not adopted. Once the animal has left the L.A. shelter, [his or her] impound (ID) number may be changed many times, so we really don’t know what ultimately happens to [him or her].”

Just days after Daugherty’s article was posted, humane and sheriff’s officials in Oregon raided a self-purported “rescue” where more than 140 dogs were found starving, stuffed into tiny stacked travel carriers amid their own waste and without access to water, after being “saved” from euthanasia at an open-admission animal shelter in California. Many were found with their eyes sealed shut with mucus and pus, and urine and excrement were dripping onto them from the cages above. One dog was found in a carrier so small that “he was unable to lie down, sit or stand up.” The Oregonian reported, “Some of the dogs were in such an advanced state of starvation that technicians will have to use a ‘refeeding program’ to reintroduce small amounts of easily digestible food.”

Regarding LAAS, Daugherty rightfully asks, “Is this a sustainable or desirable solution?” When the focus shifts from protecting animals to playing a numbers game, animals pay the price, bounced around like rubber balls and often ending up in situations so cruel and harsh that being “saved” becomes a fate far worse than a painless exit from a world that has already betrayed them once.

And unlike rubber balls, animals become confused and distressed when bounced around, often developing severe separation anxiety and other behavioral symptoms as they are moved from place to place. PETA has investigated and exposed many hoarder “rescue” facilities—places such as Caboodle Ranch, Angel’s Gate, All Creatures Great and Small, and other hellholes—where animals end up languishing in criminally cruel conditions after they have been “saved” from open-admission shelters that are desperately trying to fend off criticism from an ill-informed public misled by the “no-kill” movement.

LAAS reports on its Facebook page that during the December effort, compassionate “volunteers complained that [LAAS was] keeping too many animals. And it did get crowded.” We have to ask why the humane community is so quick to tolerate the suffering and danger inflicted on animals who are the victims of the “no-kill” fantasy.

As PETA has stressed for decades—and put its money where its mouth is by spaying and neutering nearly 90,000 animals at low or no cost in the past 10 years—the only way that we can truly hope to become a “no-kill” nation is to work at the roots, not at the “feel good” treetops. We must first become a no-birth nation through aggressive spay/neuter initiatives—only then we can truly save lives.