Two teenage boys were hanging out by a creek in Clendenin, West Virginia, when they saw a man pull off the road and toss two bags into the water. The boys were close enough to hear squeaking sounds coming from the bags, so one of the teens immediately jumped into the water and grabbed the bags. Inside, they found five tiny kittens, not even a week old. “The fact that someone would be so cruel as to do that!” said one of the boys. “Times are tough—I understand that. But there’s always a better answer than that. Always.”

He’s right, but even though there’s a simple and easy solution to animal overpopulation—spaying and neutering—some people still refuse to do the right thing and animals suffer as a result, especially at this time of year. 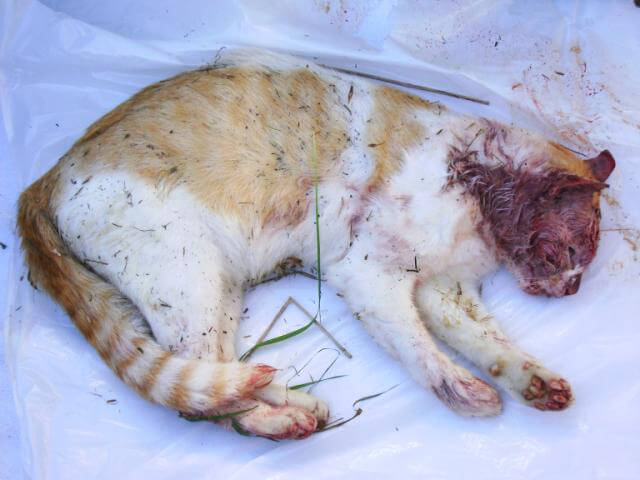 When the days get longer, female cats’ reproductive cycles peak, leading to two or even three litters per cat before winter sets in. For cats without homes, the season brings even more than the usual amount of fear, worry, and hardship. Pregnant females search for safe places to give birth. Abandoned buildings, drain pipes, corners of seldom-used garages, and crawl spaces under houses, porches, and sheds are often all they have to choose from, affording no real comfort or safety. Internal and external parasites, along with scorching temperatures in summer, are a struggle even for strong and otherwise healthy cats and are often deadly for nursing mothers and newborns.

For animal shelters, “kitten season” brings a flood of abandoned and homeless kittens, but with the increasing popularity of so-called “no-kill” policies, some shelters are simply refusing to accept cats when they run out of room and are promoting trap-neuter-return programs rather than trapping and sheltering feral cats. Even proponents of these policies admit that they are sentencing cats to death (and not a peaceful, painless one in an animal shelter). In Mesa County, Arizona, for example, the Roice Hurst Humane Society uses the euphemism “letting nature run its course” to describe its policy of allowing cats to die lingering, painful deaths on the streets.

Kittens are perhaps the most vulnerable of homeless animals. Tiny and helpless, they frequently fall prey to predators, inclement weather, deadly contagious diseases, and cruel people.

One study published in the Journal of the American Veterinary Medical Association found that 75 percent of free-roaming kittens died or disappeared before they turned 6 months old. Trauma was the most common cause of death.

Only about a week old, this tiny kitten was already suffering from ear mites, fleas, worms, anemia, and an upper respiratory infection. 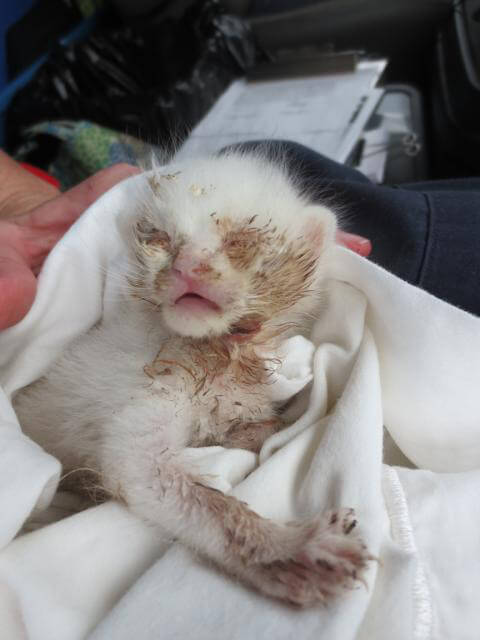 These three kittens were all suffering from upper respiratory infections so severe that their eyes had developed ulcers, and they were all blind. 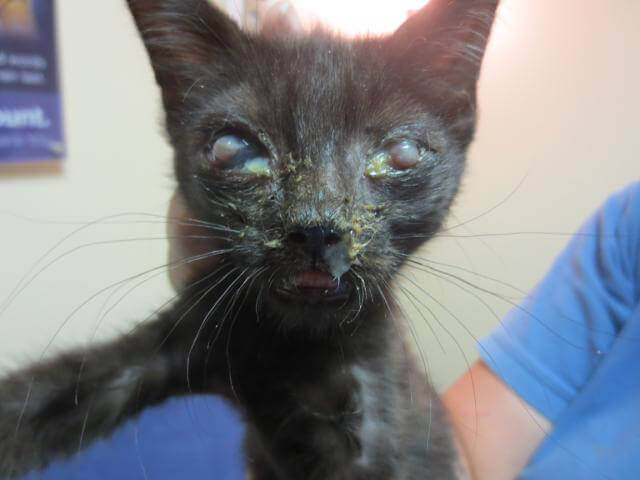 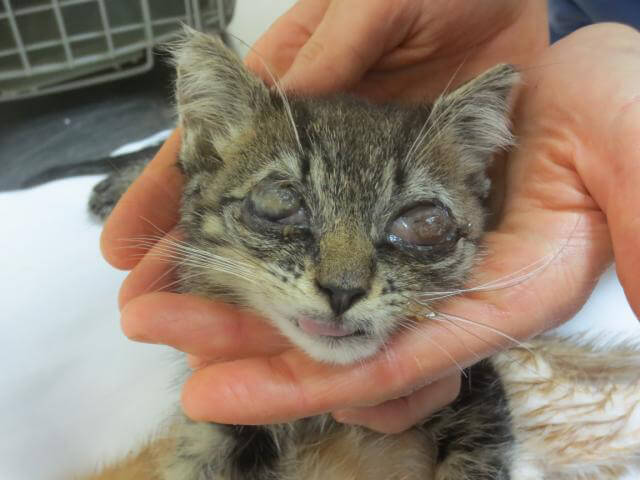 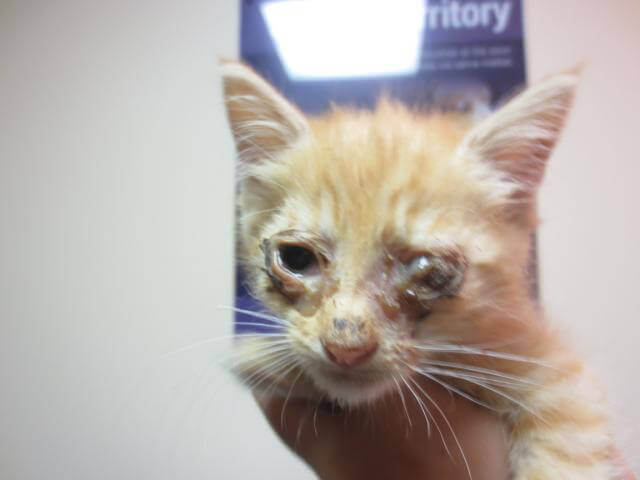 This kitten was mortally wounded after being hit by a car, but was still alive when our fieldworkers stumbled upon her on the way back from another call. They were able to end her suffering. 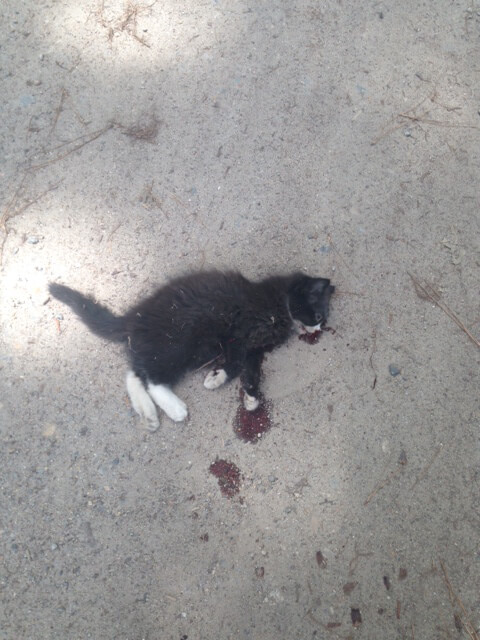 A Good Samaritan brought this severely injured newborn kitten to PETA’s Norfolk, Virginia, headquarters after waiting more than an hour for local animal control to respond. 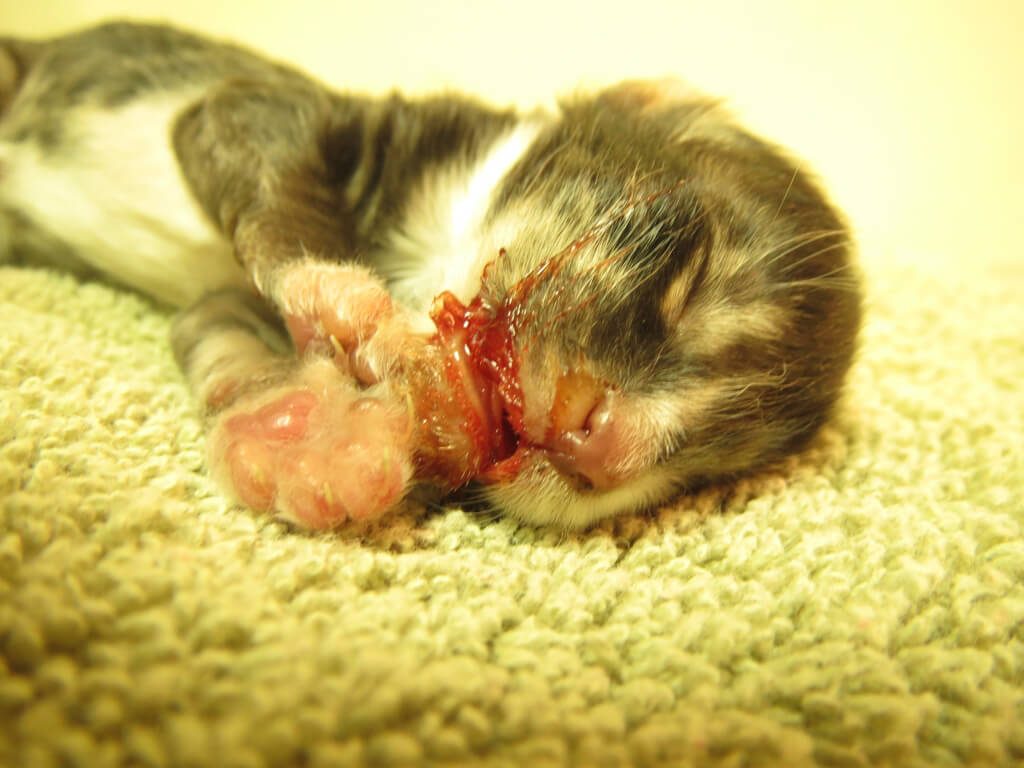 Only one kitten out of this litter of five was still alive when PETA found them. Their illnesses and injuries included upper respiratory infections, diarrhea, anemia, ear mites, a broken leg, a chest wound, an abscessed bite wound, and scars from earlier wounds. 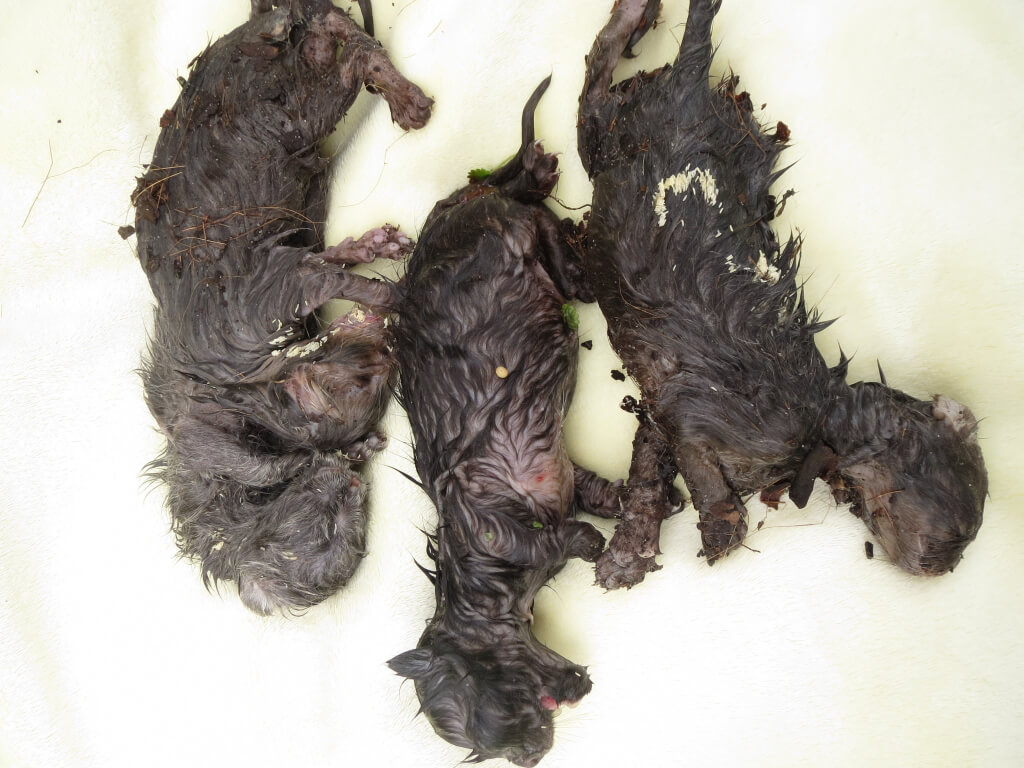 These kittens are just a small sampling of the millions who lost the battle to survive a harsh life on the streets. Those who do survive, even for just a year, can go on to breed and continue the cycle of suffering and death. That is why it is vital to spay and neuter all cats, never to allow cats to roam outdoors unattended, and to pick up strays and take them to reputable, open-admission shelters that accept all animals and don’t turn them away to let “Mother Nature” do the dirty work.