After learning that KFC teamed up with a Louisville florist to produce a chicken corsage—a vile accessory that’s sure to turn stomachs, not heads—PETA launched our own version to leave promgoers with unforgettable memories of the tortured birds who are killed for KFC’s buckets. We contacted the florist to suggest that it add ours to its KFC chicken line: 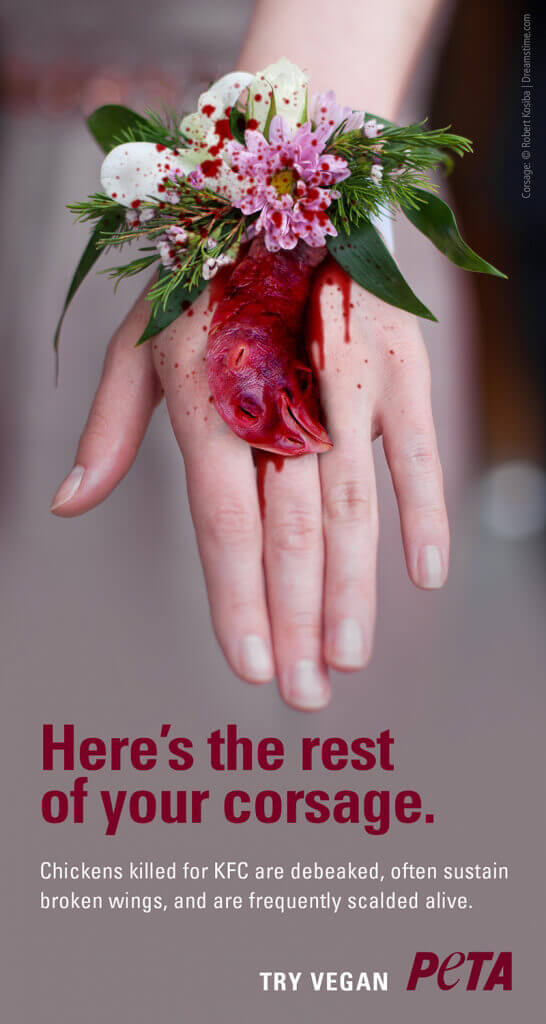 Chickens killed for KFC spend their lives jam-packed in filthy, dark warehouses before being sent on a terrifying trip to the slaughterhouse, where they are often scalded to death.

KFC surely knows that there isn’t much of a market for a greasy and grotesque chicken corsage—it made “only” 100 of them. That’s probably because young people are going vegetarian and vegan in droves as they learn about how these smart, social birds are abused and battered by KFC. Chickens form strong family ties and grieve when they lose a loved one, just as we do.

Let people know that chickens don’t belong on their arms or in their mouths: Share the facts or a video about cruelty to birds and urge KFC to use less cruel slaughter methods.