UPDATE: Many fell in love with the mange-infested backyard pup formerly known as “King,” who was rescued by PETA’s Community Animal Project. Now named Keane by his loving new family, his emotional journey is showcased in a new video by PETA.

Posted on August 10, 2016:
UPDATE: It was love at first sight for a Pittsburgh couple after they read about PETA’s rescue of a mangy (yet undeniably adorable) pup named Pinky. When PETA fieldworkers delivered Pinky to his new home over the holidays, he already had a Christmas present under the tree and an ornament on the tree waiting for him. Pinky is already BFFs with his adopted brother, Rex. 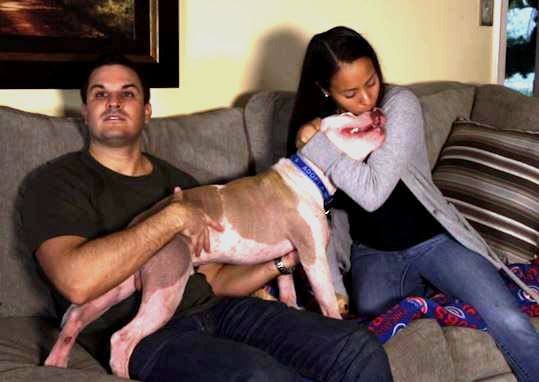 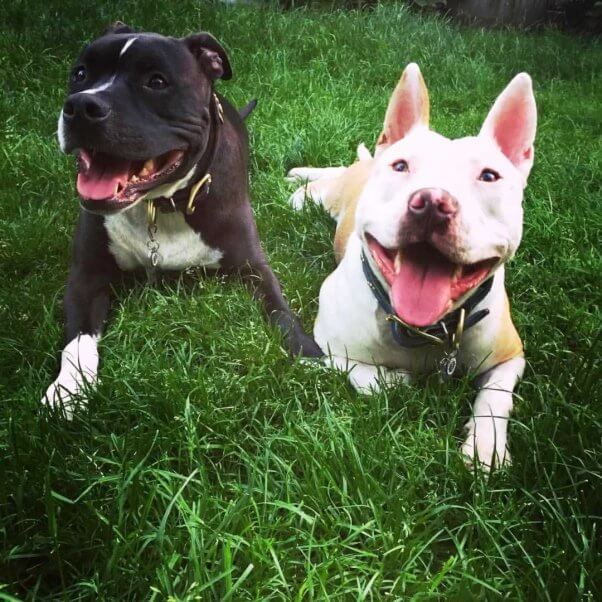 Despite the claims of his owner, Pinky’s mange was not “getting better.” Having gone for months without treatment, the 18-month-old’s condition was much worse than it was when PETA’s fieldworkers last visited him. 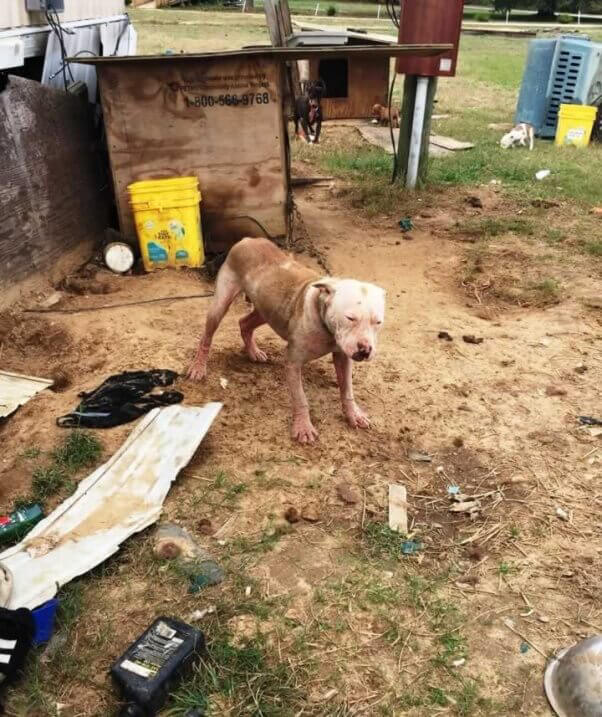 Even PETA fieldworkers, who are used to seeing the worst that life has to offer, refer to Pinky’s home in rural North Carolina as “the place where hopes and dreams go to die.” Pinky’s owner is a breeder, and his junk-strewn yard is peppered with a rotating cast of dogs and puppies, all of them chained or confined to dilapidated pens.

In this part of North Carolina, few laws protect animals and few officers enforce those that do exist. There are no limits on the number of dogs a person can own and no spay/neuter requirements, so this man is free to crank out all the puppies he likes in a ruthless cycle of misery. PETA fieldworkers drop by frequently to provide the dogs with houses and straw bedding, but our offers to spay and neuter the dogs for free are always rebuffed. After all, these dogs and their puppies are this man’s meal ticket. 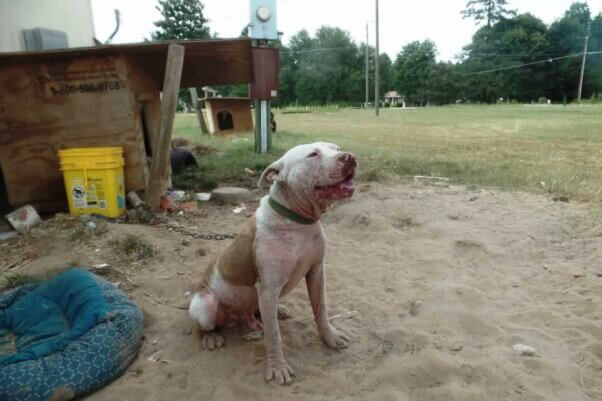 On PETA’s most recent visit, our fieldworkers saw that the mange had eaten away most of Pinky’s fur, revealing bright pink skin and making him resemble a piglet more than a dog. His skin was so inflamed, it was hot to the touch. Since cold weather was on the way and he had no fur to provide even a little protection from the elements, he was in imminent danger of suffering from exposure. Belatedly realizing that Pinky was in urgent need of veterinary care, his owner surrendered him to PETA. 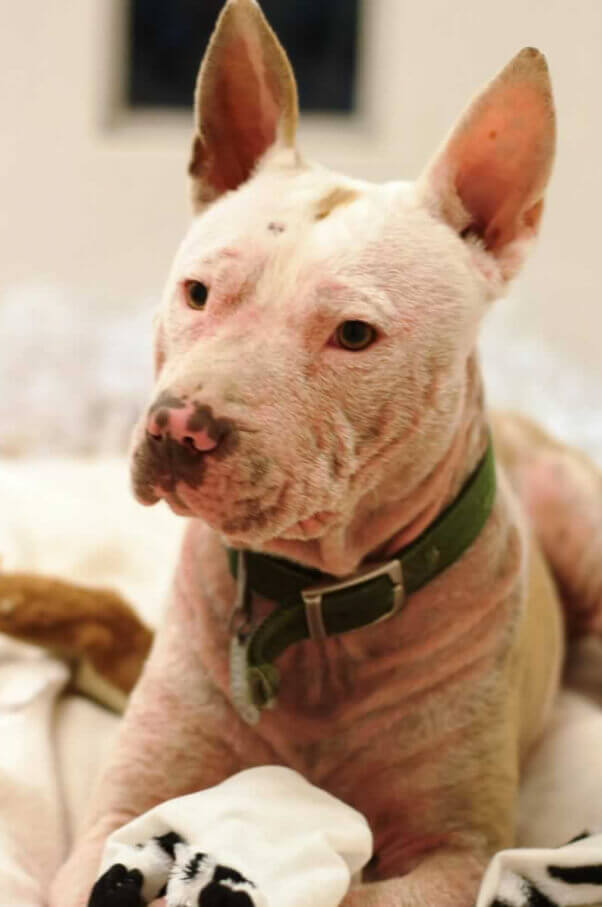 After spending all his life on a chain, surrounded by mud and filth and with little social interaction or affection, Pinky has every right to be shy, distrustful, and fearful, but he’s none of those things. Instead, he acts like a tourist on vacation, exploring his new surroundings with avid curiosity, reacting with tail-wagging glee to every new toy and treat, and greeting everyone he meets—humans and canines alike—like long-lost relatives. Bright pink and hairless, Pinky can hardly be described as handsome, but his ebullient personality immediately melts the heart of everyone who meets him. 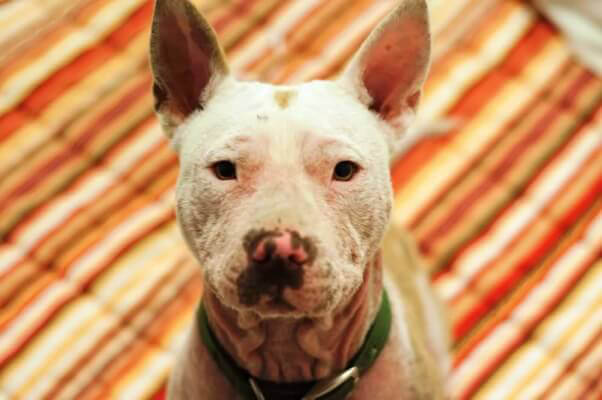 Pinky is responding well to treatment and should be ready to go to his new home soon. If you’re interested in making sure that his future is as sunny as his outlook, e-mail [email protected].