“You hear my voice, you hear that sound, like thunder gonna shake your ground,” hollers Katy Perry in her new song “Roar.” Although the tune is a hit with Generation Selfie, one notable young lady is clearly not a fan: Suzy, Katy’s reluctant elephant costar in the song’s video. 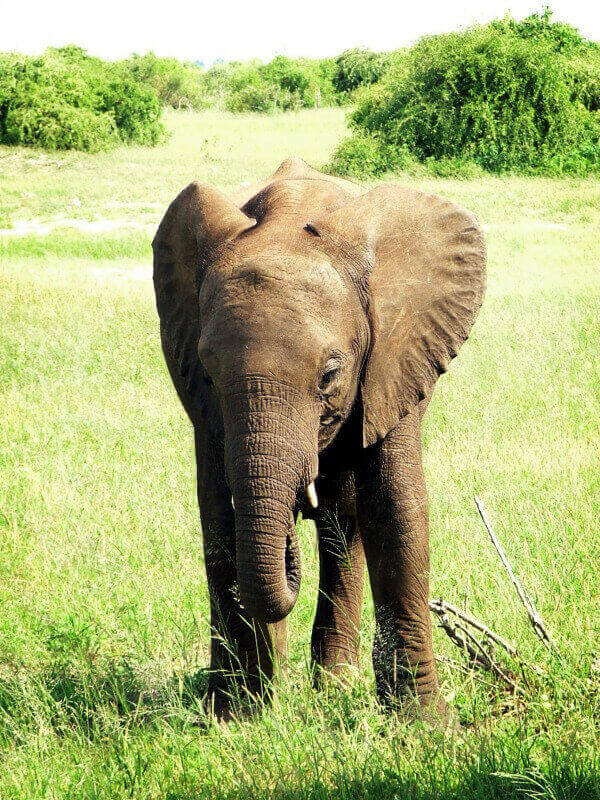 Elephants don’t like loud noises, bright lights or hectic sets with dozens of people running around. As an Emmy-winning wildlife documentarian who has spent decades producing nature features for IMAX, Animal Planet and the Disney Channel, I am among many filmmakers who film animals only in their natural habitat. How did Suzy, a member of a threatened species from Africa, find herself next to Katy Perry on a deafening California set? She was violently captured from her free-roaming herd in Zimbabwe when she was 2 years old and shipped to the U.S., where she was most likely bound and beaten in order to make her perform without complaint. This video shows how it’s done in the industry.

It’s ironic that Katy’s song “Roar” is about female empowerment since elephants are matriarchal—the females stick together for life in the wild, for up to 70 years. Suzy, on the other hand, has spent 10 of the last 20 years deprived of the companionship of any other elephants. She is stored like a studio prop and trotted out at the whim of producers, directors and stars. The reason I’m singling out Katy is because this isn’t her first time making a mockery of these highly intelligent animals—earlier, she had made her grand entrance at a gossip blogger’s birthday party riding on the back of an elephant.

The “Roar” video was a hot topic at the recent Jackson Hole Wildlife Film Festival in Wyoming, but the buzz wasn’t good. Among the speakers was PETA’s Dan Mathews, who was quizzed about the music video since he is known for his campaigns to protect elephants with artists such as Pink and Paul McCartney. He said that he has met Katy and had sent her detailed information about the cruelty that captive elephants endure after her first offense but wasn’t sure whether she had read it. Frustrated, PETA went from privately prodding the singer to publicly blasting her repeated use of captive elephants.

Katy shot back with a letter from the American Humane Association declaring that no animal had been harmed on the set. So PETA explained to her that the AHA doesn’t monitor cruel capture and training methods and that its rubber stamp in Hollywood has become a public travesty. Just last year, the AHA was on set during the making of The Hobbit: An Unexpected Journey (27 animals died during the making of the film) and the HBO series Luck (which was canceled after three horses died during production). The meaninglessness of the AHA’s seal of approval can routinely be seen in the news.

I hope Katy will find a few minutes to read this piece. I don’t imagine that she’s mean—just distracted. Only when stars, directors and producers stop forcing exotic animals onto soundstages will these sensitive and sophisticated animals get a reprieve. Katy Perry may be one of the biggest pop stars in the world, but next to that sad elephant, she looks like a very small person.

Please e-mail Katy and ask her to stop appearing with wild animals.

Chris Palmer is director of the Center for Environmental Filmmaking and a film professor at American University in Washington, D.C. His nature features and shorts have won two Emmys and an Oscar nomination. His experiences with wildlife are chronicled in his memoir, Shooting in the Wild.