Oh, reality TV stars, will you never learn? Jon and Kate Gosselin—who don’t exactly have a stellar record when it comes to animal companions—have allowed their marital disputes to affect their family, and I’m not talking about their eight kids. 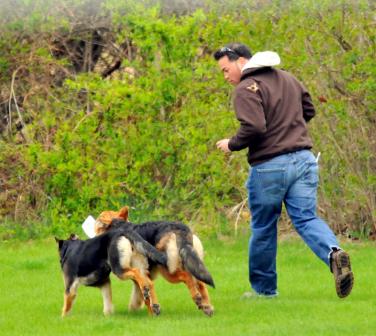 Jon has packed up the family’s dogs and is returning them to their breeder.

Returning them—like taking a sweater back to the mall.

Jon claims that Kate doesn’t take care of Shoka and Nala when it’s her turn to look after the family, saying, “It’s not fair to the dogs to not be wanted in their own home.”

We can agree with him on that. It’s also not fair to buy dogs from breeders when millions are sitting in animal shelters waiting for homes. And it’s not fair to dump your dogs when they’ve outgrown their puppy cuteness and are becoming a tad inconvenient. Dogs aren’t disposable.

If you aren’t going to be able to provide an animal with a home forever, you shouldn’t get an animal in the first place.