Dolphins don’t belong in tiny glass tanks, and India wants to make sure that they won’t be put there. 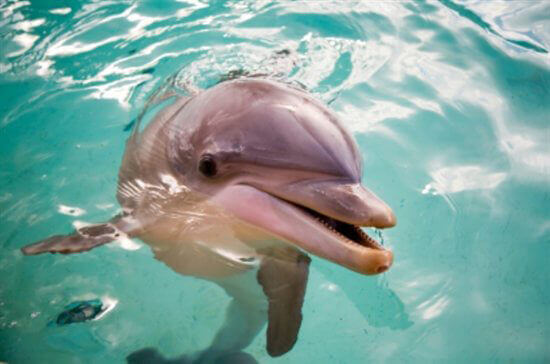 When PETA India learned that state governments were planning to put dolphin parks in several parts of the country, it immediately contacted Minister of Environment and Forests Jayanthi Natarajan. The group reminded her that the Animal Welfare Board of India, which must give its permission before animals may be used in performances, said that it has not granted and will not grant permission for companies to keep dolphins in captivity, as tearing dolphins away from their families, confining them to tiny tanks, and forcing them to perform likely constitutes cruelty and violates India’s Prevention of Cruelty to Animals Act, 1960.

Natarajan was in complete agreement with PETA India and the board and announced that the ministry would deny all proposals for dolphin parks.

In the U.S. and Canada, dolphins aren’t so lucky. Animal advocates must continue to speak out against aquariums and swim-with-dolphins programs.