The holidays are a time for giving, not taking—especially not taking lives. That’s why PETA is hitting major American cities with an ad blitz from November to December encouraging people to remember the things inside them that embody the true spirit of the season: a compassionate mind, a giving heart, and a full stomach (just not one full of dead bodies!). 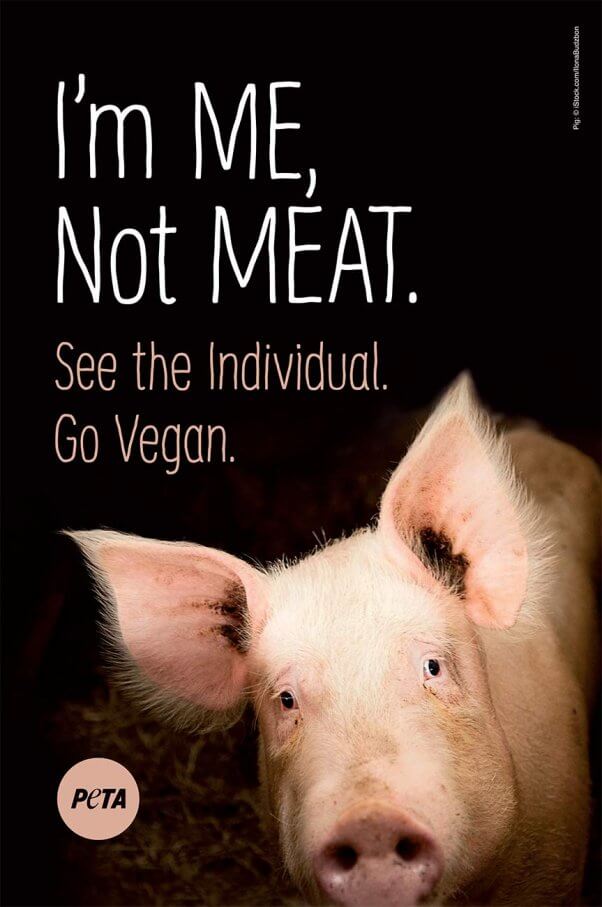 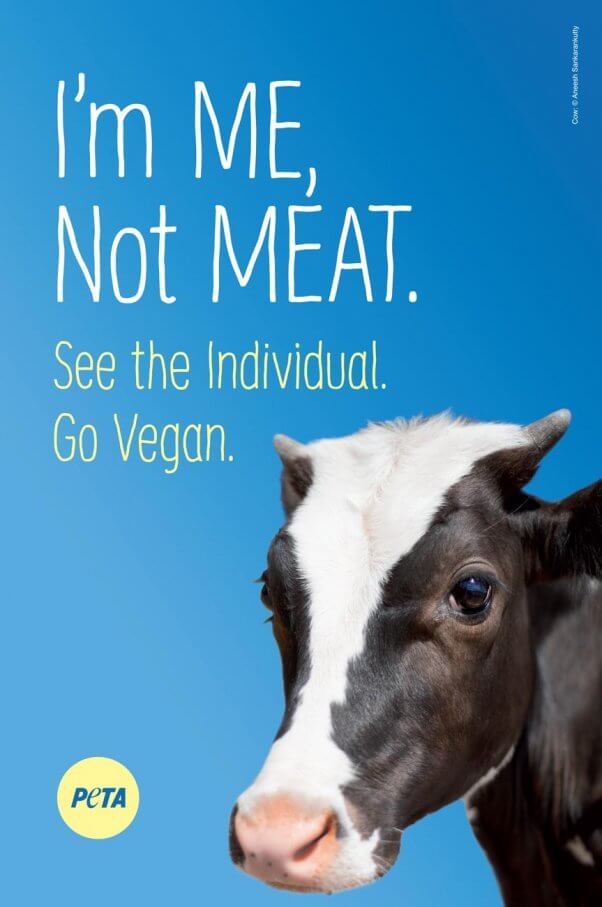 Featuring compelling images of animals commonly killed for their flesh—such as cows, pigs, chickens, and fish—different versions of the ads, captioned with slogans such as “I’m ME, Not MEAT” and “I’m Like You, Only Different,” will greet chain-restaurantgoers with the unpleasant reality that, like humans and the cats and dogs with whom we share our homes, no one wants—or deserves—to die in order to become someone else’s “value meal” dinner. 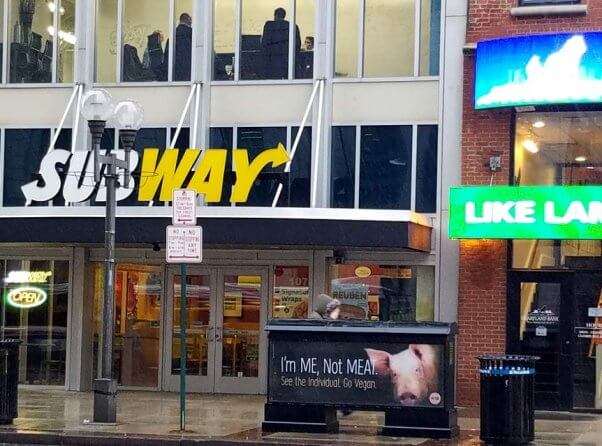 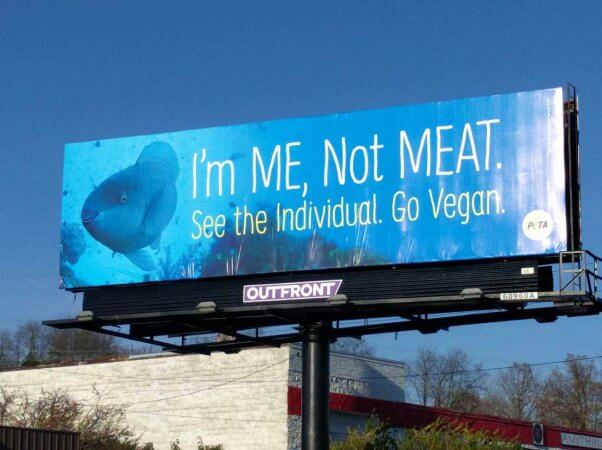 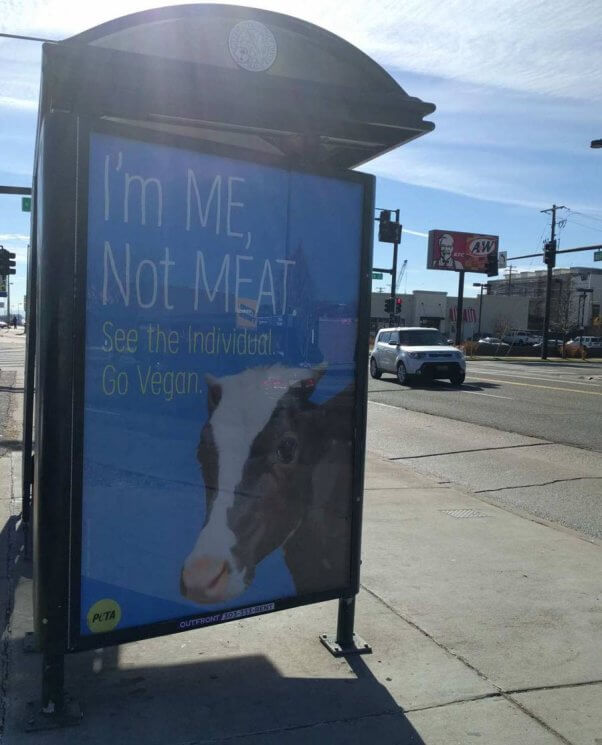 The pro-vegan PETA ads are appearing on billboards, buses, and bus shelters near popular fast-food joints in the downtown areas of cities including Columbus, OH; Denver; Indianapolis; and Memphis, Tennessee. In Phoenix, Arizona, wearing bikinis with strategically placed feathers and tall, feathered headdresses, a pair of “chicks” dished up free vegan Taco Bell burritos in honor of a new PETA billboard—featuring a chicken’s face next to the words “Would It Kill You to Get a Bean Burrito?”—that just went up next to a Taco Bell restaurant. Several other pro-vegan PETA billboards have also cropped up near fast-food restaurants all around Phoenix. 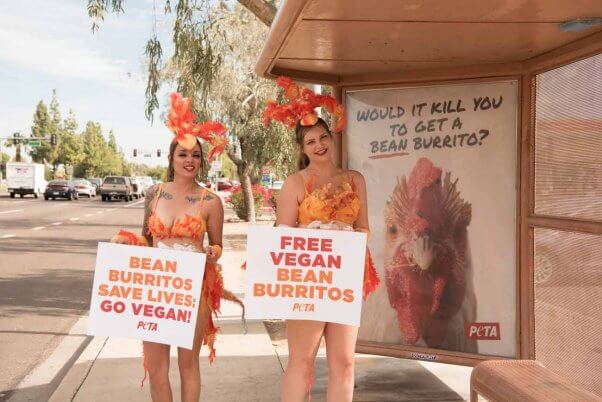 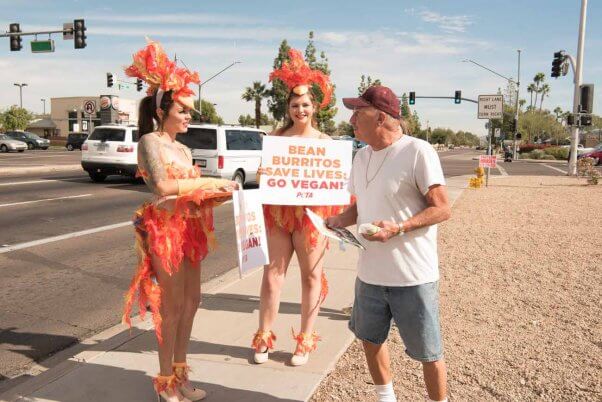 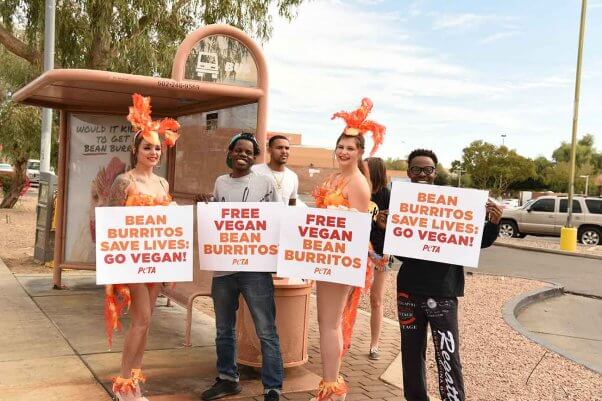 Remember: Most fast-food chains offer menu items that can be prepared vegan. If you’re looking for some pro tips to point you in the right direction, check out the handy guide that we’ve created to help make it as easy as possible:

Turkeys, pigs, cows, fish, and chickens are intelligent, sensitive animals who feel pain and experience fear. Yet an overwhelming majority of the billions of them who are killed for food in the U.S. every year are raised on crowded, filthy farms and are subjected to extreme crowding, routine mutilations without pain relief, a terrifying trip to the slaughterhouse, and a violent, painful death. 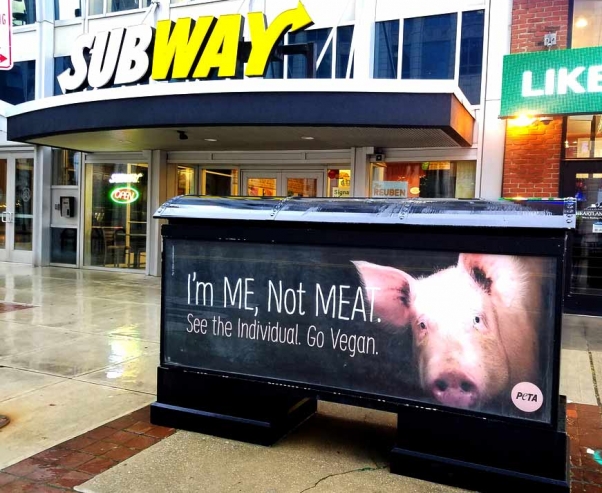 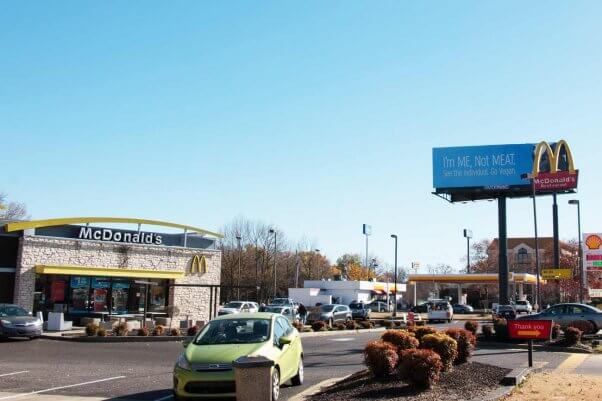 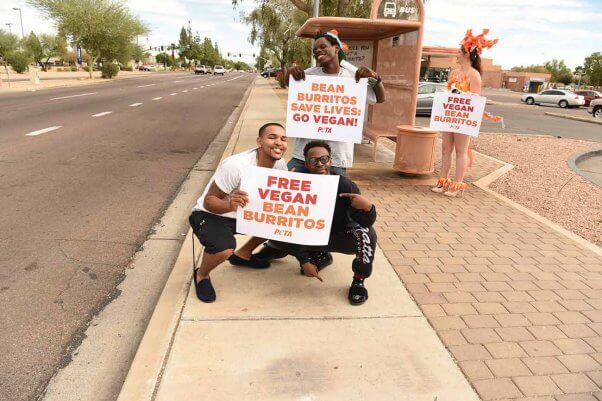 PETA’s ads are encouraging people to make compassionate dining choices and reminding them that animals are just that: animals. They’re not bacon, hamburgers, chicken nuggets, or fish filets but living, feeling beings—just like us. Consumers everywhere can enjoy a compassionate holiday season by leaving corpses off their plates and instead opting to purchase delicious vegan foods from easy-to-find brands such as Beyond Meat, Field Roast, Gardein, and dozens of others.