Following a sudden cave-in that reportedly swallowed at least 14 cars in the parking lot of a Meridian IHOP, PETA is negotiating with local advertisers to display a billboard that proclaims, “Sinkholes Will Swallow Anything. YOU Shouldn’t. Decrease Your Risk of Cancer and Heart Disease. Go Vegan.” PETA hopes to encourage people to choose healthy, hearty vegan meals—like dairy-free pancakes and fresh fruits and veggies—particularly in light of a new report from the World Health Organization, which states that bacon, ham, and other processed meats increase a person’s risk of developing cancer and are about as unhealthy as smoking.

“Our bodies shouldn’t be treated like sinkholes that will swallow up anything, including processed meats that cause cancer, clog our arteries, and pack on the pounds,” says PETA President Ingrid Newkirk. “PETA is calling on everyone to eat healthily and give the animals a break by swapping bacon and eggs for protein-packed, heart-healthy oatmeal with fruit or soy bacon and tofu scramble.” 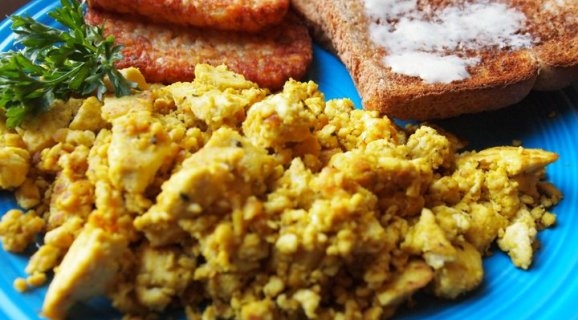 PETA notes that everyone who goes vegan spares more than 100 animals every year immense suffering. In today’s industrialized meat industry, chickens’ and turkeys’ throats are cut while they’re still conscious, piglets are castrated and have their tails cut off without being given any painkillers, and cows are hung upside down and often skinned while they’re still able to feel pain. On the decks of fishing boats, fish suffocate or are cut open while they’re still alive. 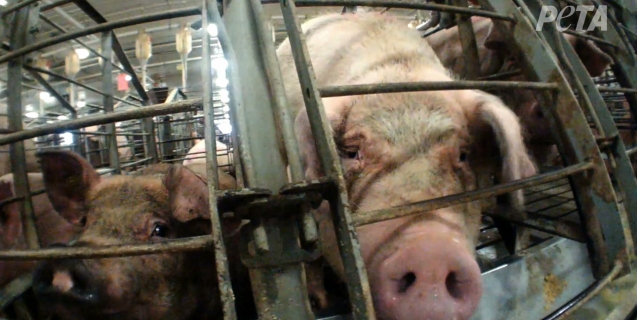 Vegans also enjoy a lower risk of heart disease, obesity, diabetes, and cancer and have a smaller carbon footprint, as raising pigs and other animals for food is a leading contributor of the greenhouse-gas emissions that cause climate change.

Ready to get healthy?