As newly elected Louisiana Gov. John Bel Edwards works to fix the state’s budget crisis, PETA Honorary Director Pamela Anderson is presenting him with an idea that will save money, protect the environment, and make the state healthier. Since Louisiana is the “prison capital of the world,” Edwards could save more than half a million dollars a year by serving healthy, colorful vegan meals in correctional facilities—and that’s not including how much the state would save on prisoners’ health-care costs. 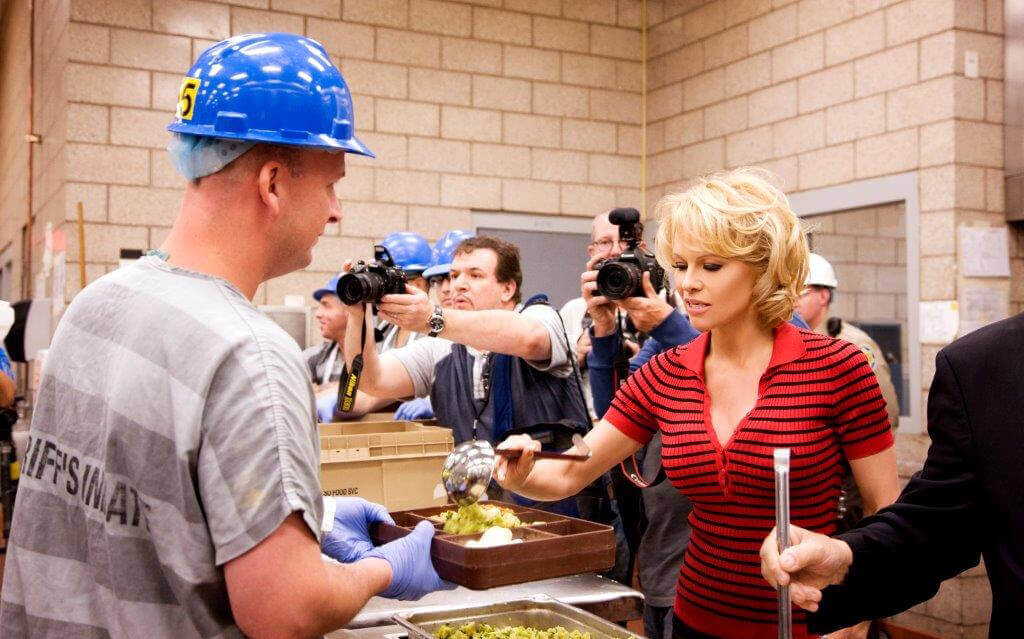 Pam serves inmates of the Maricopa County Jail System in Arizona to celebrate the facilities’ switch to meat-free meals.

As Pam explained in her letter to the governor:

If you left meat off menus in the 12 state-run prisons, Louisiana taxpayers would save as much as $620,000 a year. Beans, rice, lentils, pasta, potatoes and other vegetables, and oranges and other fruits have all the nutrients a person needs but at a fraction of the price of meats and cheeses. There would also be enormous savings on freezer costs and spoilage, since most vegan foods and ingredients can be shipped and stored without refrigeration.

And as an added incentive:

If Louisiana follows Arizona’s lead in switching to meat-free meals in jail, I’d be happy to inaugurate the program by helping cook and serve lunch to the inmates.