Everyone has heard of the horrifying shooting of moviegoers in Aurora, Colorado, which left 12 people dead and dozens more injured, and many people have debated how gun control or mental-health care might help stop future outbreaks of violence. But while there are many forms of random, senseless violence that we can do nothing about, there’s one way each of us can make the world a little more peaceful every time we sit down to eat: All we have to do is choose meat-free meals. That’s why PETA has written to the Arapahoe County sheriff to ask him to lead the way by placing the man charged in the Aurora shooting, James Holmes, on a totally nonviolent vegan diet. 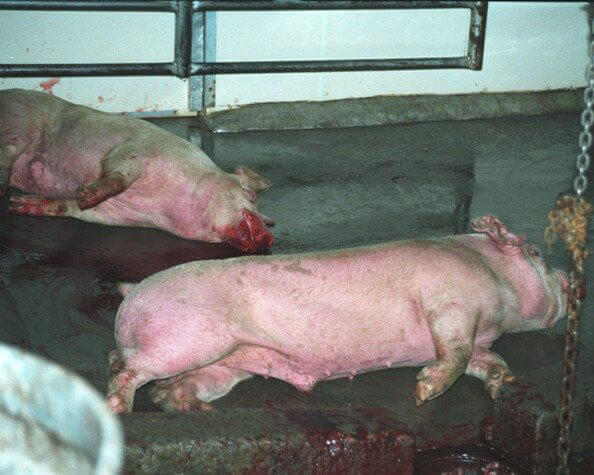 Although the extreme violence inflicted on them rarely makes the news, animals on factory farms and in slaughterhouses endure senseless acts of aggression and bloodshed every hour of every day, and their fear and pain are as palpable and real as anyone else’s. Also, extreme cruelty to animals is inextricably linked to acts of violence against human beings.

Eating plant-based meals is a simple way for all of us to make the world a less violent place. To initiate this positive trend, PETA has offered to provide all inmates of the Arapahoe County jail where Holmes is incarcerated with vegan meals for a day at no cost to the county.