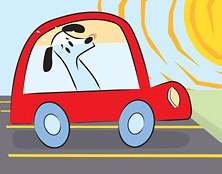 There’s a story that’s getting a lot of play in Canada right now about a humane society inspector named Tre Smith who has been suspended following what, based on all the facts I’ve been able to put together on this one, was nothing less than a heroic effort to save a dog’s life in extreme circumstances.

Apparently, Smith responded to a call about a Rottweiler named Cyrus who was locked in an overheated car. Given that animals locked inside cars in the summer can die of heatstroke within 15 minutes, even on a relatively mild day, this was obviously a serious situation, and Cyrus was evidently slumped over and foaming at the mouth by the time the humane officer arrived. Smith reports that he smashed the car window to pull Cyrus out, and handcuffed the owner to the car so that he could rush the animal to the hospital rather than waiting for the police to arrive. He later told reporters:

“I was trying to perform my job to the best of my abilities given a very difficult, threatening and abusive situation.”

The story gets a bit murky after that—apparently, the dog owner’s neighbors were so enraged by his actions that someone took a swing at him, and the cops arrived to find the dude handcuffed to a car with his face bleeding. Which, well, nobody likes getting sucker punched, but nobody likes it when people leave their dogs to die either.

Based on everything I’ve heard so far, it sounds like Smith should be given a medal rather than being suspended. You can read more about the story here, and you can click here for some more info about why you should absolutely never, under any circumstances or for any amount of time, leave your dog alone in a parked car. Also, here’s a picture of some happy dogs cooling off in a paddling pool. 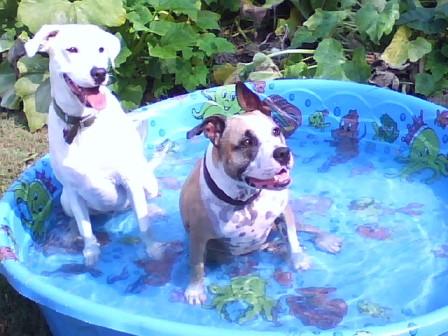