When former English soccer player Michael Owen ran his leg of the Olympic torch route, he got some help from a special guest—a dog up for adoption at a London animal shelter. The now-famous dog, named Rory, may not be homeless much longer.

Marathoner Michael Arnstein is also giving animals props at the Olympics—he fuels up only on vegan foods.

Legendary basketball player John Salley will soon be flashing his charming smile all over Detroit. He is just one of the faces of the “Real Vegans” billboard campaign, by nonprofit VegMichigan, which aims to show people how easy and healthy vegan eating can be.

In fact, it’s so easy and healthy that vegan eating is heading to the final frontier. NASA announced plans for an all-vegan menu for its astronauts who are setting out for a mission to Mars in 2030.

Bob Barker is sending three elephants on the journey of their lives. The longtime PETA friend is flying Iringa, Toka, and Thika from the Toronto Zoo to the Performing Animal Welfare Society sanctuary in California, where they will get to retire in spacious comfort.

It was a flight of a different sort that had America’s Next Top Model alum Natasha Galkina speaking up for animals this week. After she read about PETA’s campaign to get United Airlines to stop shipping monkeys to be tortured in laboratories, she tweeted her disgust at the airline, adding to the chorus of animal-friendly voices on Twitter: 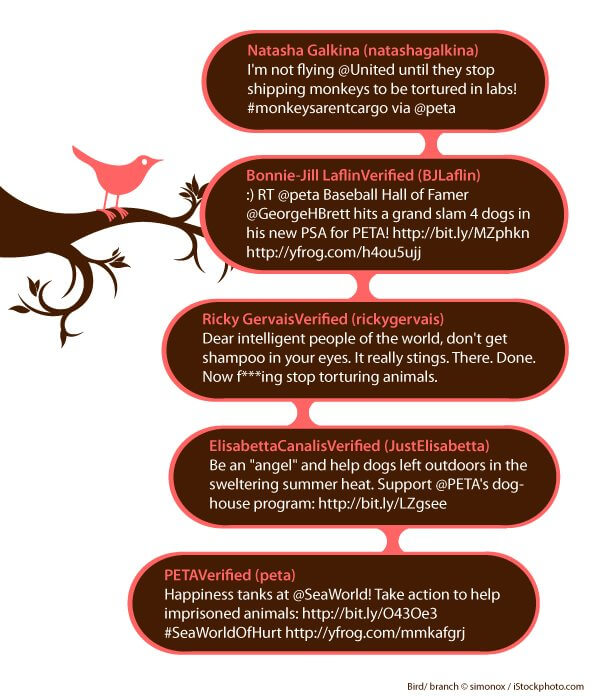