Mark Burger thought he was safe, but his rescued cat, Tiger, knew better. Even though a wildfire was ripping through the Great Smoky Mountains in the area surrounding his home in Gatlinburg, Tennessee, last month, he never received an evacuation alert, and he thought that the fire would be contained before it threatened the city.

But late in the evening on November 28, when Burger’s normally calm cat started rushing frantically between him and the door of the condo, he went outside and saw the inferno quickly approaching. He put Tiger in his travel carrier, grabbed a small bag of belongings, and drove to safety. “Tiger’s very smart,” he told PETA. “If it hadn’t been for him, I probably wouldn’t have gone out and seen it … I don’t think we could’ve gotten out.”

“Fourteen people tragically lost their lives in the wildfire—but thanks to Tiger, that number didn’t climb to 15,” says PETA Vice President Colleen O’Brien. “PETA is recognizing Tiger and Burger for saving each other’s lives and demonstrating just how rewarding adopting an animal can be.”

To recognize Tiger’s lifesaving actions, PETA presented him with a Heroic Cat Award. He also received vegan catnip treats and a harness with a leash to enjoy safe and secure walks outdoors. Burger received window stickers for his house that will let first responders know that there’s an animal inside in case of an emergency. 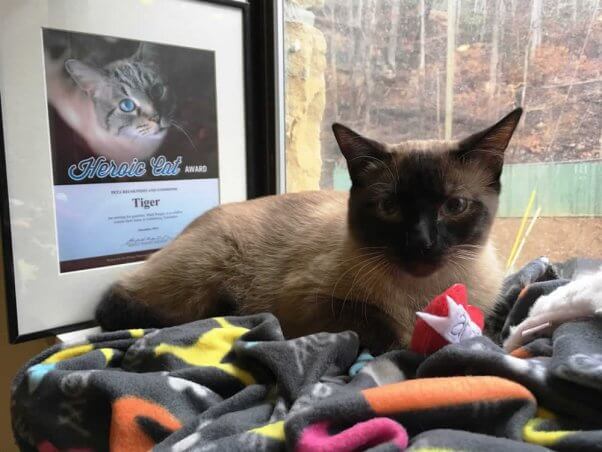 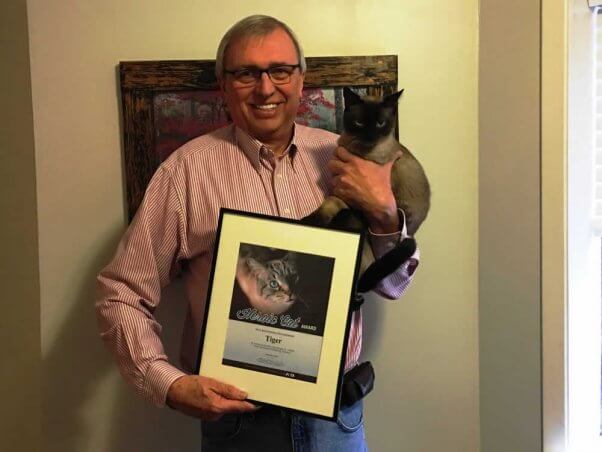 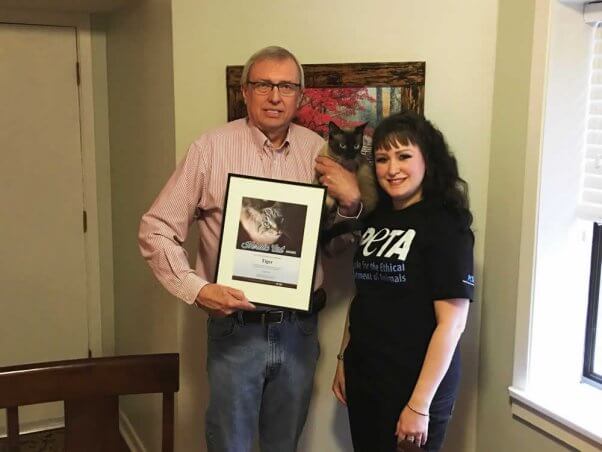 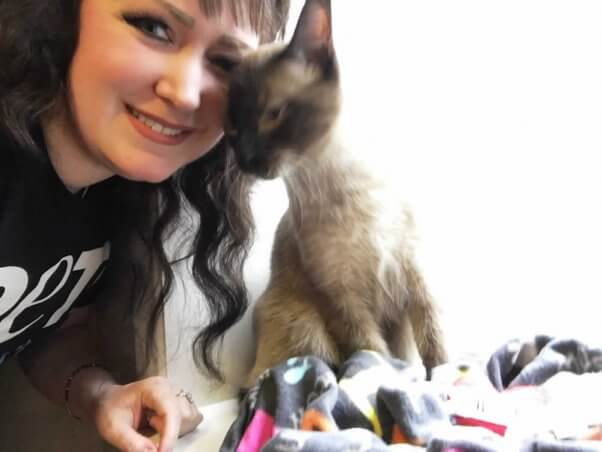 Prepare for emergencies now by putting together an evacuation kit that includes a leash, harness, carrier (for small animals), bowls, bottled water, canned and dry food, a litterbox and litter (for cats), and a current identification tag. Many hotels and emergency shelters now allow animals, but not all do, so plan your destination ahead of time. Remember: If it’s not safe for you, it’s not safe for your animal companions, so never leave any animals behind during a disaster.