When you rescue a dog, all you’re really looking for is a faithful companion and friend. But a Florida family got a whole lot more when they adopted their German shepherd, Haus, from a local animal shelter—they got a hero. Last week, just two months after Haus was adopted by the DeLuca family, the 2-year-old pup sprang into action to save the DeLucas’ 7-year-old daughter, Molly, from an eastern diamondback rattlesnake, placing himself between the girl and the snake and refusing to retreat even after being bitten three times.

A PETA representative visited Haus and his family today to present the dog with a Heroic Dog Award in recognition of his brave actions, as well as a get-well “doggie bag” containing a blanket, an eco-friendly squeaky toy, a Nylabone, and a bag of vegan dog treats. 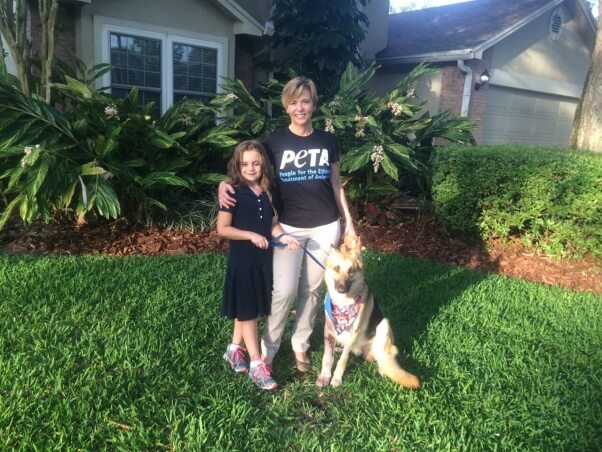 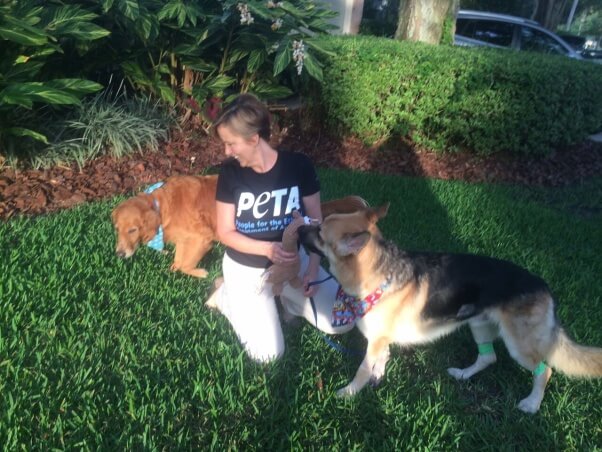 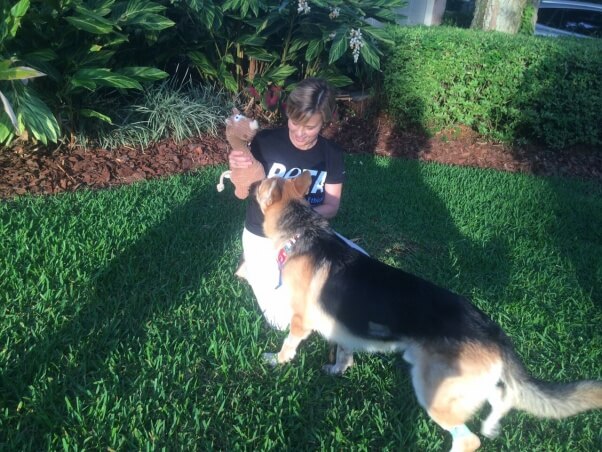 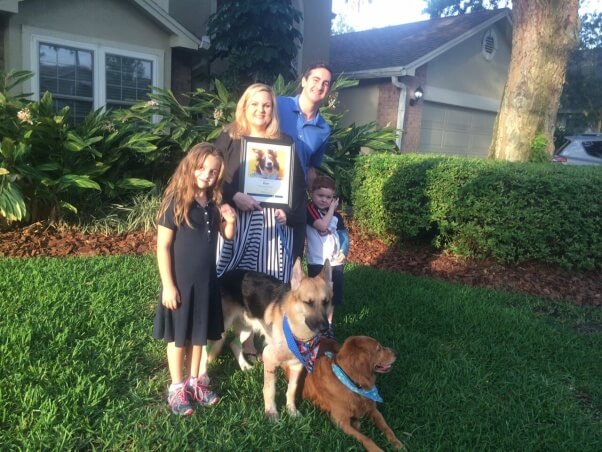 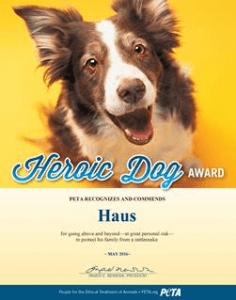 Haus spent over a week in the ICU at an emergency veterinary hospital, where he received a blood transfusion, IV fluids, and daily doses of anti-venom and painkillers. He’s expected to make a full recovery with lots of care from his loving family. The public has shown its support by donating thousands of dollars to the DeLucas to help with veterinary bills, and the family plans to give any unused funds to a local animal rescue organization.

“This brave dog risked his life to protect his family, and he’s a great example of the wonderful, loving animal companions available at shelters,” says PETA Vice President Colleen O’Brien. “PETA urges anyone with the ability and resources to care for an animal to adopt one from a local shelter rather than buying from a breeder or pet store.”

Every dog in a shelter is a hero just waiting for a chance to show off his or her superpowers. Even if you aren’t ready to add a dog to your family, you can help by volunteering to walk and play with dogs at your local shelter. You can be their hero until they have a chance to pay it forward.