When we planned a demonstration involving people lying on what appeared to be bloody meat trays outside a slaughterhouse, we knew that it would be a poignant display. But even we had no idea just how intense it would turn out to be. 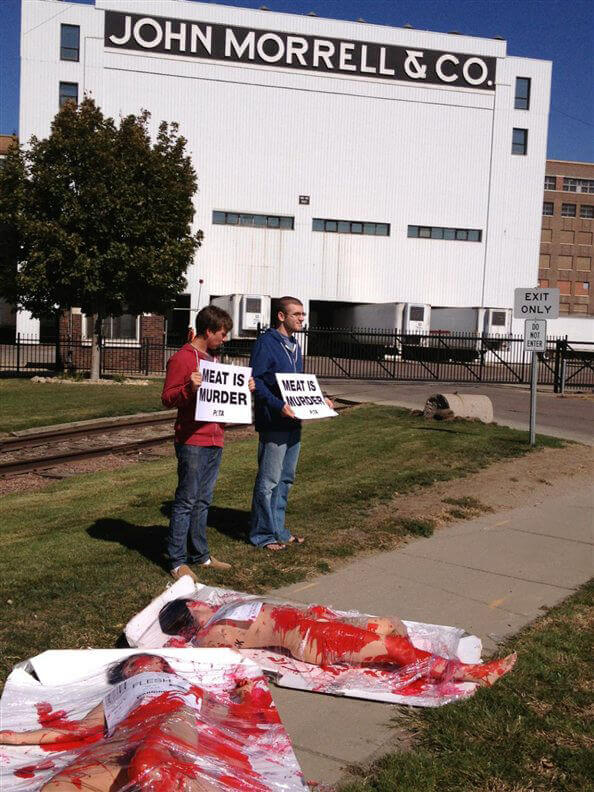 The smell of freshly butchered flesh that permeated the air around the John Morrell & Co. slaughterhouse was nauseating on that sweltering day in Sioux Falls, South Dakota. But that wasn’t the worst part. The slaughterhouse was directly across the street from a stockyard, and we could hear the pigs screaming. Their unceasing cries shook us to the core. 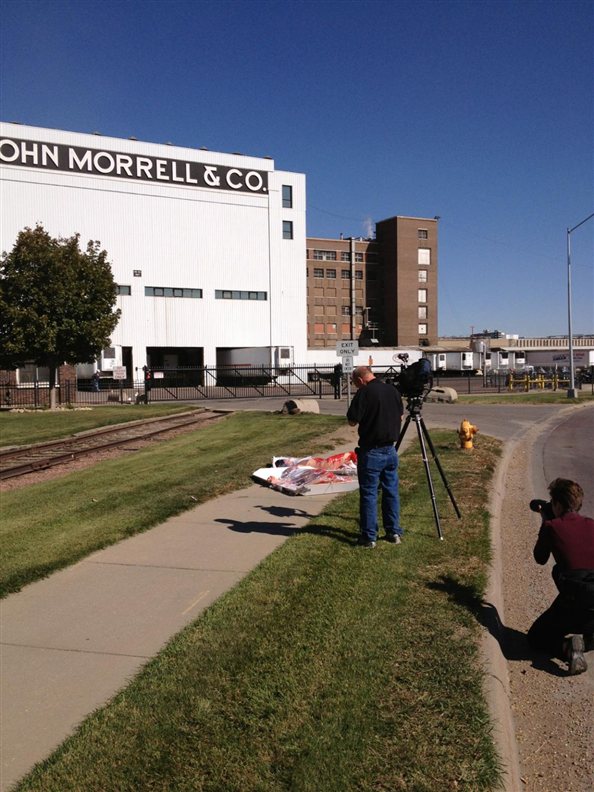 The townspeople who drove by us certainly got the message—they were faced with the gruesome image that accompanied the smells and screams that they always tried to ignore as they passed. One slaughterhouse worker even came out to ask, “Are you all vegetarian?” When we answered that we were, he said, “I don’t blame you.”

Today, wherever you are, please be the message that people can’t ignore.

The animals are not silent. We must not be, either.