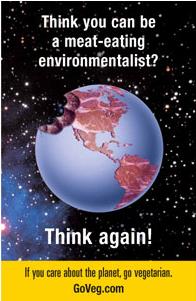 You may have heard about the latest “solution” to the world’s energy crisis and global warming. This one is perhaps the most absurd idea yet, coming to us courtesy of the well-known environmental stewards of the meat industry.

Last week, oil company ConocoPhillips and the largest meat producer in the world, Tyson Foods, announced that they will soon begin producing diesel fuel from the fat of pigs, chickens and cows. While on the surface this may not sound completely insane, given that the fuel will be made from rendered animal remains currently used in nonvegan soaps, cosmetics and pet food, the reality is that this whole idea has nothing to do with the environment and everything to do with lining the pockets of Tyson and ConocoPhillips execs.

Let’s be real here. The meat industry does not care about the environment. Period. In fact, it is one of the absolute worst corporate environmental offenders on the planet. Take for instance the recent U.N. reports pointing out that animals raised for food generate more greenhouse gases than all cars and trucks combined, and that (according to a recent University of Chicago study), switching to a vegan diet is more effective in countering global warming than switching from a standard American car to a Prius. 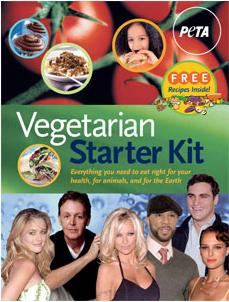 No matter what kind of crazy PR spin the meat industry tries to put on it, at the end of the day what it comes down to is that the answer to global warming isn’t to fill up SUVs with the remains of tortured animals. The most effective thing anyone can do to help the environment is to go vegetarian, and until we accept that fact, all the plastic bottle recycling, Prius driving, and tree-planting are barely making a dent in the problem.

I don’t want to come off all gloom and doom here, quite the opposite really. When you consider that we all have the opportunity to “vote the environment” at mealtimes three times a day, it’s actually pretty exciting. If you’re looking for resources to help make the transition to vegetarianism, you can check out our vegetarian starter kit and start saving the planet, one bite at a time. It beats the hell out of pig fat biodiesel.