You’d be surprised, actually. I know that my friend Melissa Karpel and her family (who were the activists in this case) certainly weren’t expecting things to turn out the way they did. The reason this all came about was for Morgan Spurlock’s series, 30 Days, in which people from opposite sides of an issue spend a month together to see what will happen (in one of the episodes, for instance, a woman who believes homosexuality is a sin moves in with a gay couple raising a family). But what I like best about this show is that it’s not one of these cheap reality TV stunts that are designed to have people at each other’s throats—it’s a very thoughtful look at how reasonable people with strong convictions on opposite sides of an ideal adjust to spending time with each other. And the upcoming show, starring George Snedeker and the Karpels, is a wonderful example of the philosophy behind 30 Days in action. You don’t see them, because I don’t publish them, but I get a number of fairly abusive comments on this blog from people who have decided that they think animal rights is a waste of time, and feel the need to try and insult and belittle people who have devoted their lives to helping animals—but for every ignorant person like that, there’s a George Snedeker, who, while he may not share our convictions, is willing to listen with an open mind and engage in a genuine discussion about the issues. I won’t spoil the show for you by telling you how it turns out, but you should definitely check it out if you get the opportunity. It’s on FX on June 17 at 10:00pm. I’ll post again when it’s airing as a reminder. In the meantime, here are some pics: 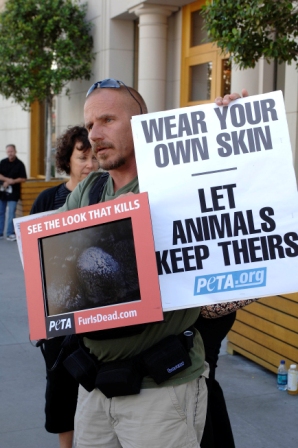 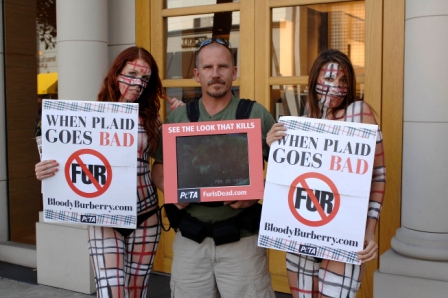 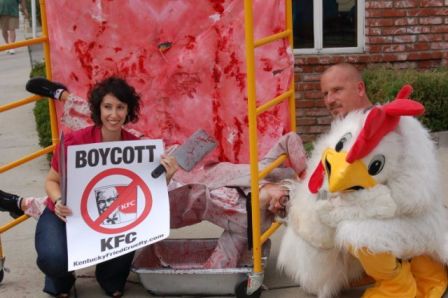