With Halloween fast approaching and folks covering their homes and yards with the dusty plastic décor of yesteryear, the sight of gravestones might not make many folks bat an eye …. But when it’s activists—including the Grim Reaper himself—urging Petland shoppers to stop letting dogs die, it just might get your attention.

Some great folks in Olathe, Kansas, did just that. They gathered outside a local Petland to remind folks that when people buy dogs from money-grubbing breeders, they are denying homes to needy dogs in animal shelters and subsidizing the animal overpopulation crisis. Petland, animal-peddling “pet shops,” and breeders all continue to flood the market with more and more new animals, even as those in animal shelters are dying because of the lack of good homes.

Check out these awesome pics from the demo! 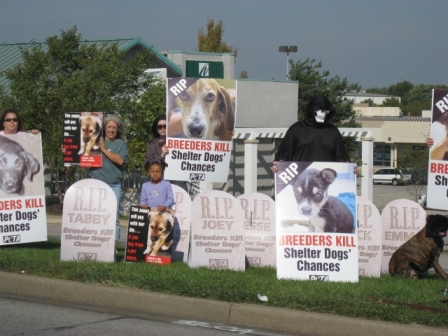 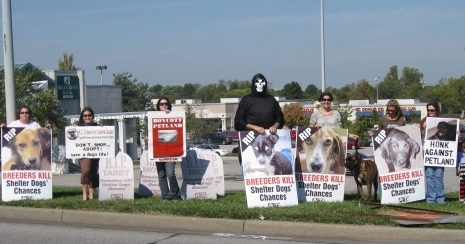 It’s as easy as ABC, folks.