As the NFL prepares to develop and implement new domestic violence and sexual assault policies, PETA has a recommendation: Don’t ignore and fail to address players who’ve committed violent acts against animals. In a letter sent this morning to NFL Commissioner Roger Goodell, PETA points out that because of the well-established link between violence against animals and violence against spouses and children, a zero-tolerance policy for violence against any living being is critical. 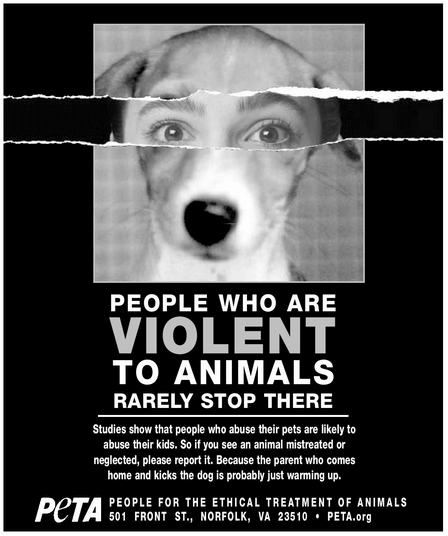 The NFL hired a new group to develop the revised policies in response to a widespread outcry over a slew of violent incidents involving NFL players—including Ray Rice, who was caught on video punching his now-wife in an elevator; Adrian Peterson, who beat his son with a switch hard enough to leave marks; and Greg Hardy, who was convicted of domestic violence against an ex-girlfriend.

As PETA said in its letter, “Violence is violence, no matter who the victim is, and anyone who abuses an animal is likely to abuse a family member, too. Football players are supposed to be role models, so it’s critical for the league to do its part to prevent violence by sending its millions of fans the lifesaving message that bullying and abusing anyone is unacceptable.”