A former PETA staffer in Seattle was on her way to work when she spotted a pigeon whose leg appeared to be broken. When the pigeon didn’t try to fly away and let her gently wrap him up in a sweatshirt, she knew he also likely had other injuries or hadn’t been able to forage for food and was weak from hunger or illness. 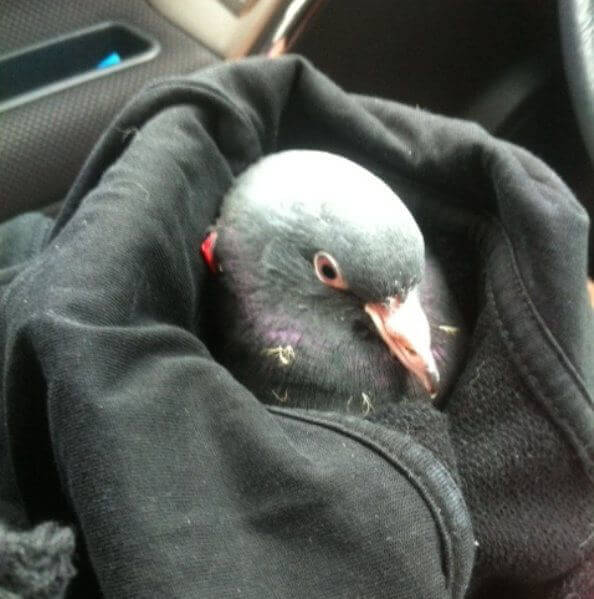 The former staffer called PETA, and we put her in touch with a local wildlife rehabilitator, to whom she rushed the injured bird.

It took only a few minutes out of her day to get help for the bird, and she saved him from suffering for days or even weeks from his injuries and possibly starving, being killed by a predator, or being hit by a car.

Her actions serve as a reminder to all of us that we are never “too busy” to help an animal who is in need.