After 20 years of running a goat cheese–making company, the owners of The Sanctuary at Soledad Goats in Mojave, California, have made a big business decision—they have stopped breeding goats in order to use their milk to make cheese and started producing delicious dairy-free cashew cheese instead. In recognition of the sanctuary’s new animal-friendly direction, which allows the goats to live out their lives in peace, PETA is sending the owners a framed Compassionate Business Award and a big box of dark, dairy-free chocolates. 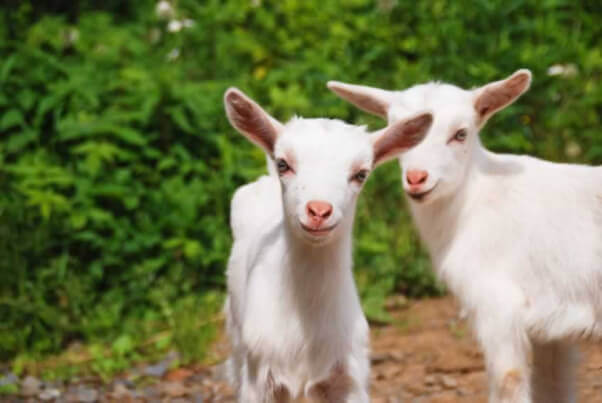 Vegan milks and cheeses are free of saturated animal fat and cholesterol. People who go vegan are far less likely to suffer from killer diseases, such as cancer, heart disease, and diabetes.

And vegan cheeses spare animals immense suffering. Like all mammals, goats and cows produce milk to feed their children, but on today’s dairy farms, they are repeatedly impregnated and have their offspring taken from them so that the milk can be used by humans instead. Most dairy farms ship animals to slaughter when their milk production starts to drop because of old age or illness.