St. Louis drivers who stop to fill up their tanks will get an eyeful of Washington University in St. Louis’ cruelty to cats. PETA has placed hard-hitting ads on top of the pumps at seven gas stations near the campus to show the university’s students, faculty, and alumni that the school uses cats like most of us use cars—as equipment. 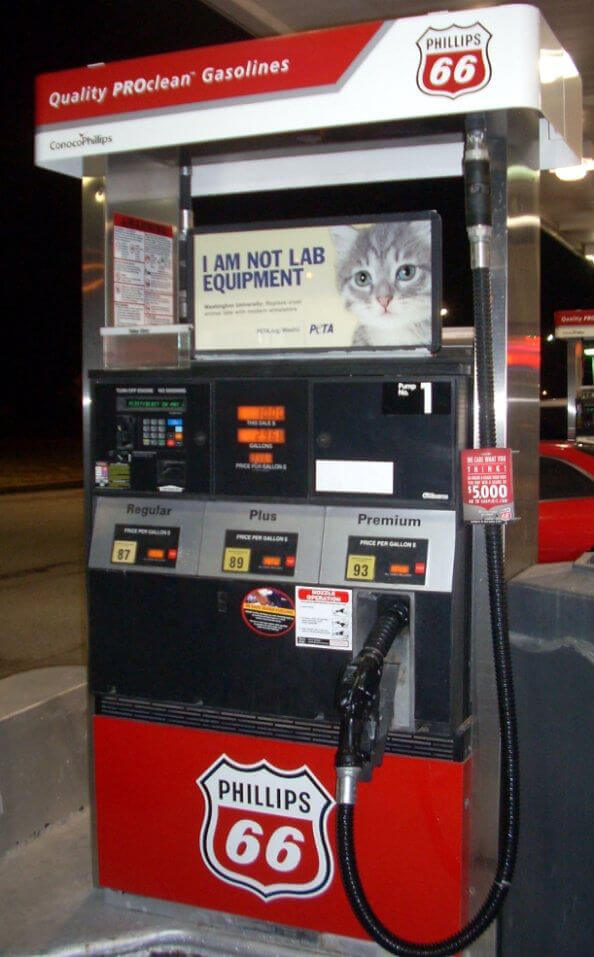 Instead of using modern human-patient simulators in the intubation training exercises it holds in conjunction with St. Louis Children’s Hospital, trainees are asked to repeatedly force hard plastic tubes down cats’ and ferrets’ throats, causing their delicate windpipes to bleed, swell, and scar. Cats can even die as a result of the injuries sustained during this traumatic procedure.

Drivers may pull into the gas stations lamenting “pain at the pump,” but they’ll leave disgusted by the pain that Washington University in St. Louis is inflicting on cats. And PETA added more fuel to the fire with similar ads in newspapers and online.

If the school wants to truly honor its namesake, George Washington, who had nine companion animals at the White House, it should call off the cruel cat laboratory and switch to the modern simulators already in use at nearly every other similar facility in the country.