Forty-five years after Lolita was captured from her family in Puget Sound during a traumatic and violent whale hunt—and 35 years after her last tank mate, Hugo, died from injuries sustained when he purposely rammed his head into the tiny tank’s concrete wall in an apparent suicide—PETA supporters, led by a costumed “orca,” gathered outside the Miami Seaquarium to demand that lonely Lolita be released into a seaside sanctuary. 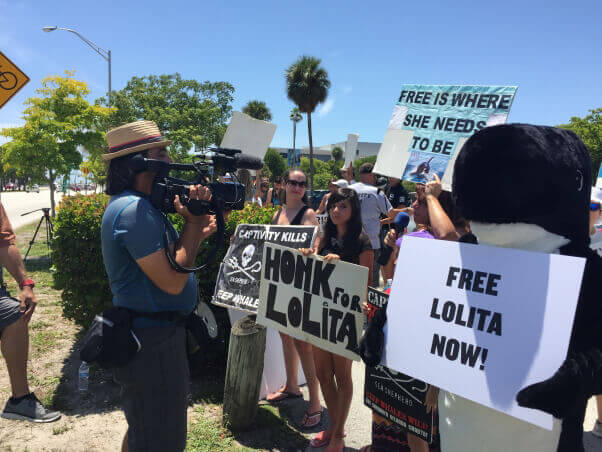 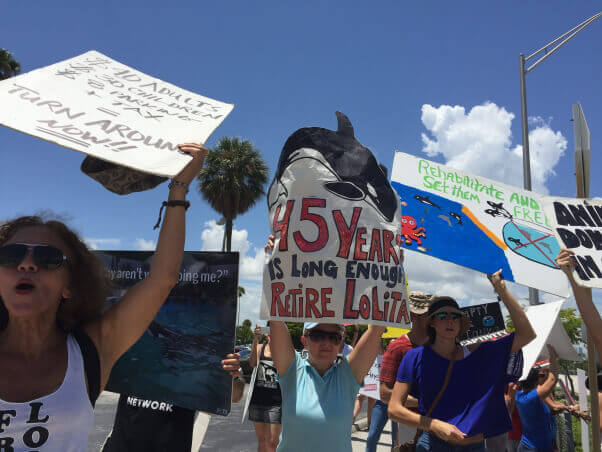 Since 1970, Lolita (whose given name is Sk’aliCh’elh-tenaut) has been suffering in what PETA believes are illegal conditions: She is trapped in the smallest orca tank in North America without protection from the sun, and since 1980, she has had no contact with anyone else who speaks her language. PETA has joined prominent Miamians and concerned people from around the world in calling for Lolita to be transferred to a seaside sanctuary that’s waiting for her in her home waters, where she could interact with her family pod—including the orca believed to be her mother, who is still thriving in her 80s. 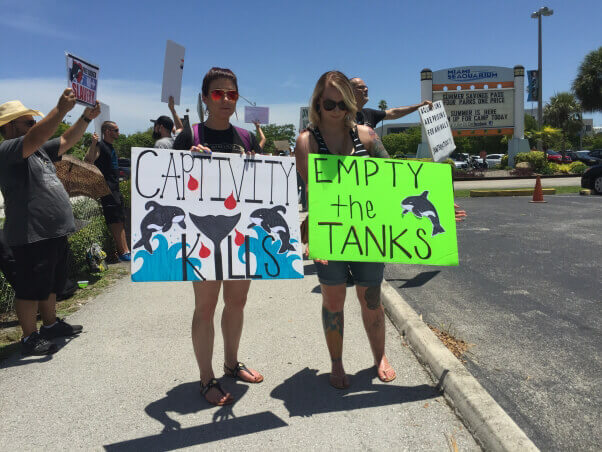 Add your voice and join the call for Lolita’s release into a coastal sanctuary today.