At a special firehouse award ceremony today, Fairfax, Virginia, city and county firefighters reunited with Milo, the dog they saved from a freezing lake last week.

With Fairfax Mayor R. Scott Silverthorne in attendance, PETA presented Milo and his family with a special care package complete with toys, vegan treats, and a blanket, while the first responders received PETA’s Compassionate Fire Department Award in honor of last Friday’s rescue—when, despite the 8-degree wind chill, firefighters in ice-rescue suits jumped into the lake and pulled Milo to shore, where he was warmed in a medical unit before returning home.

#VA: Milo’s guardian thanks firefighters who saved him from an icy lake & PETA awards them for their courage.https://t.co/f0r9joBSnH 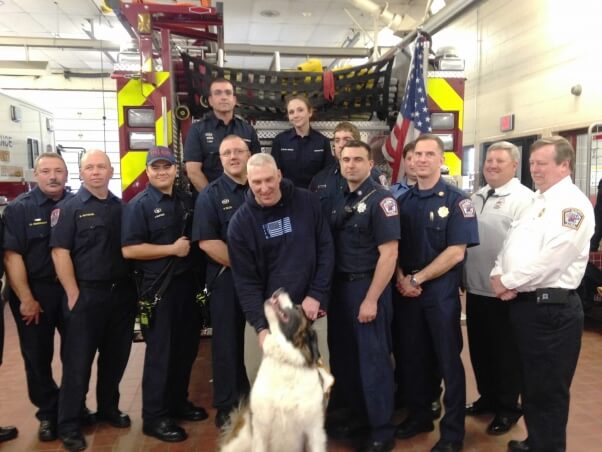 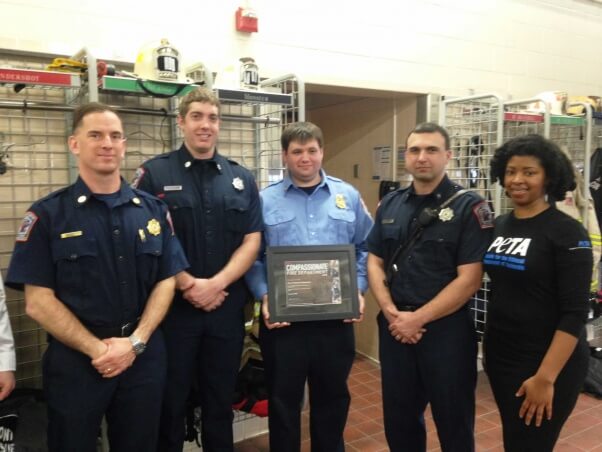 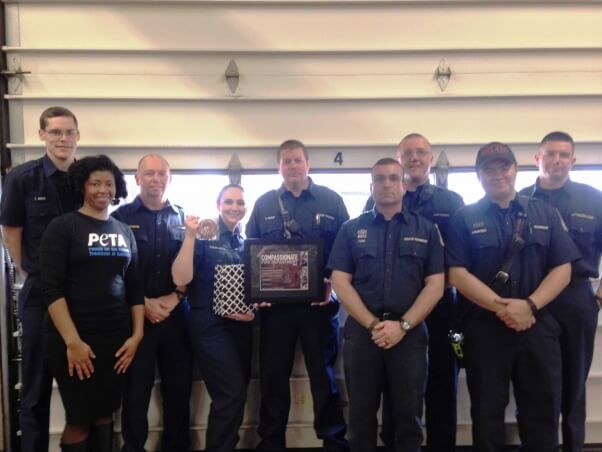 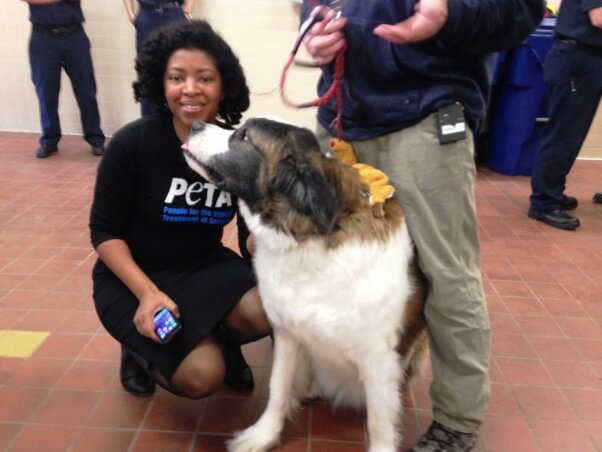 “These intrepid rescuers meant the difference between life and a terrifying, icy death for this beloved dog,” says PETA Senior Director Colleen O’Brien. “PETA hopes their bravery and kindness will inspire others to come to the aid of animals in need.”

“Our pets are our children,” said Capt. Randy Bittinger of the Fairfax County Fire & Rescue Department during his speech.

“The city of Fairfax takes great pride in supporting animal advocacy,” said Mayor Silverthorne during his remarks. “Our fire department now has [an] apparatus … on their equipment in case of a fire to save our four-legged friends.”

Milo fell through the ice on the lake after wandering off while his family was tobogganing nearby, prompting PETA to remind all dog guardians to keep their animal companions near them on walks with a leash and a comfortable, secure harness and to keep a close eye on them when they’re outside.

The Fairfax County Fire & Rescue Department and the City of Fairfax Fire Department each received a framed certificate and delicious vegan cookies.