What’s wrong with this picture?

A TV spot for a fishing website ends with a little boy—no older than 3 or 4—staring at a dead sunfish and mumbling, “It’s beautiful.”

The boy probably has no idea what “beautiful” means, and if he does, what is he learning? That skewering other living beings through their sensitive mouths, tearing them from their homes and watching them contort in terror and pain until their gills collapse and they suffocate is “beautiful”?

Fishing isn’t what ads like this want us to believe. It’s cruel and violent—and it has never been a Father’s Day tradition for this dad. When I spend time with my sons and grandkids, it’s to share the life-affirming beauty of nature, not to revel in its destruction. 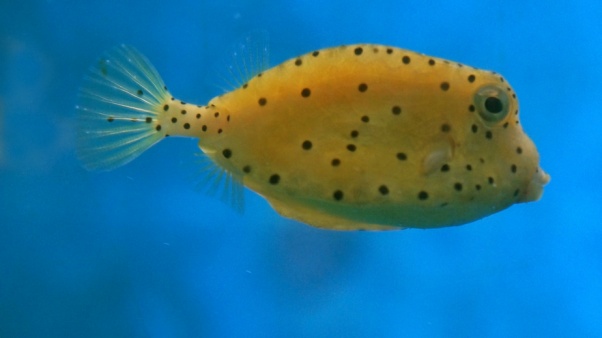 Experience was my teacher. I can still see my rod snapping into an inverted “U” the morning I hooked a flounder from a Virginia pier that sat what seemed like miles above the ocean. I wasn’t a whole lot older than that boy in the commercial, and my uncle had to pull the fish up for me—impaled through the mouth and hauled all that way up to end up in a bucket. Like that boy, I didn’t know any better.

Years later, when I did know better—that the bass, trout, catfish, spot and croakers I was killing were terrified and fighting for their lives—I’d put on my blinders and head for the water anyway.

That changed when I found I could no longer ignore what was so patently obvious: Fish feel pain. Science backs me up. Researchers at Edinburgh and Glasgow universities studied pain receptors in fish, determined that they were strikingly similar to those of mammals and concluded that “fish do have the capacity for pain perception and suffering.” Another study, by the Roslin Institute, looked at the reaction of rainbow trout to “noxious stimulation” and found that fish “experience suffering.”

I got rid of my rod and reel years ago. Other findings have since confirmed that I did the right thing.

A researcher at Sydney’s Macquarie University determined that the cognitive powers of fish “match or exceed those of ‘higher’ vertebrates including non-human primates” in many areas, among them memory. A researcher at the University of Leeds found that while some fish live in large hierarchical societies and others in smaller family units, these “social aggregations” act as a sort of communication center for fish to exchange information. Fish use a range of low-frequency sounds to court and to communicate everything from delight to alarm. And biologists wrote in Fish and Fisheries that fish are “steeped in social intelligence, pursuing Machiavellian strategies of manipulation, punishment and reconciliation.”

When it comes to collaboration, fish rival any chimpanzee in choosing a partner. In a paper published in Current Biology, researchers found that coral trout recruited the moray eel best-suited to help them obtain prey hiding in a crevice, telling their partner where dinner was hiding with a series of head shakes and headstands.

And new research conducted at Oxford University and the University of Queensland in Australia determined that fish recognize human faces—the first time they have shown that ability. One scientist called it a “surprisingly difficult task.”

That’s something to marvel at, not destroy.

So here are a couple of Father’s Day ideas that don’t involve cruelty and violence: Go snorkeling. Paddle a canoe or a kayak. Find a pond, stream or riverbank and wait—you’ll be amazed at all the life you can see by gazing into the water. (Tip: Wear polarized sunglasses.) You’ll also be amazed at what you can see when you gaze at the surface at around sunrise or dusk, when the fish are feeding.