It’s with heavy hearts that we say goodbye to the beautiful Syrian brown bear Fifi, who convinced people around the world that bears don’t belong in tiny cages. How? She lived. 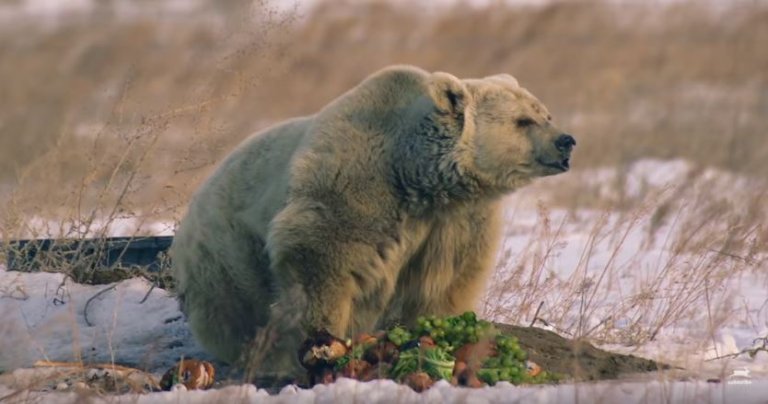 For the first 30 years of her life, Fifi knew nothing but suffering. Until she was 10, she was held captive at a ramshackle roadside zoo in Pennsylvania and forced to perform confusing and uncomfortable tricks for the amusement of ticketholders. When the facility closed down in 1995, the owners simply left her and three other bears to deteriorate in their tiny cages. For 20 years, she didn’t step one paw outside her rusty, barren, concrete-and-metal cage.

Finally, in 2015, things changed. A kind whistleblower alerted PETA to the bears’ plight, and we were able to get all four of them transferred to the lush, green, and spacious Wild Animal Sanctuary in Colorado. We didn’t know what would happen next. After spending three decades on a concrete slab, Fifi was emaciated, her coat was thin and sparse, and her eyes were sunken deep into her head. She suffered from debilitating arthritis in her rear legs.

But Fifi was a fighter.

When PETA shared a video showing how much this regal bear had been transformed within just a few months at her new home, it quickly went viral.

People around the world rooted for Fifi and for all bears. In droves, they spoke out against the practice of keeping these animals confined in cruel conditions—all because this beautiful bear was determined to heal.

None of us knows where bears go when they die. But we hope Fifi’s spirit is ambling through a forest, swimming in a river, feeling the sun on her face, and relishing the freedom that was always her right.

Bosco’s story is painfully familiar. An elderly, arthritic bear, he’s confined alone to a barren pit at Pymatuning Deer Park in Pennsylvania. PETA has repeatedly offered to move him to a reputable sanctuary, but the facility’s owner continually refuses to let that happen. Join us, Joan Jett, Cloris Leachman, and compassionate people around the world in calling for his release: