Circuses have been shutting down left and right, and the end can’t come soon enough for Circus Pages, an outfit that PETA has again caught on video abusing animals.

As this disturbing new footage shows, elephant Bambi clearly favors her left hind leg, holding it up several times while she’s walking, indicating pain or discomfort. During the performance, she’s reluctant to lie down and does so only when the handler pushes her to the ground. She’s very slow to rise and seems to have difficulty doing so, indicating that she may have arthritis and be in extreme pain. 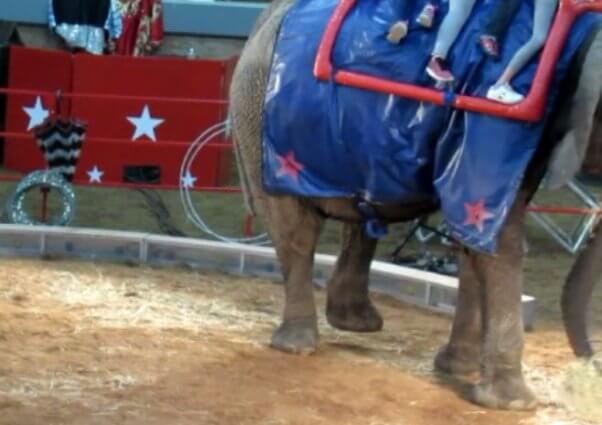 During the big-cat performance, Jorge Pages whips a lion across his body in order to get him to stand up straighter. Another handler jabs a tiger to force her off a pedestal. Throughout the show, the big cats exhibited signs of fear, including flinching, snarling, cowering, swatting, and holding their ears back. 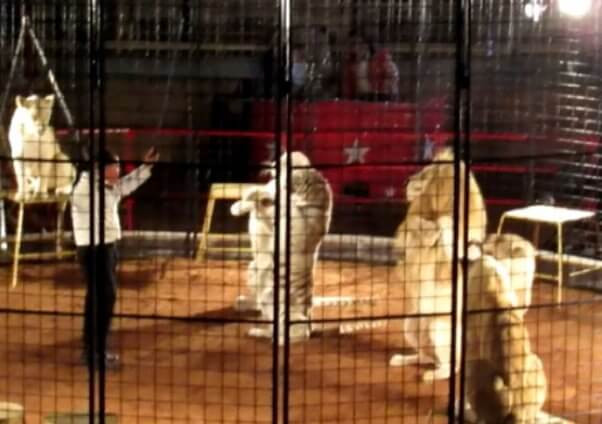 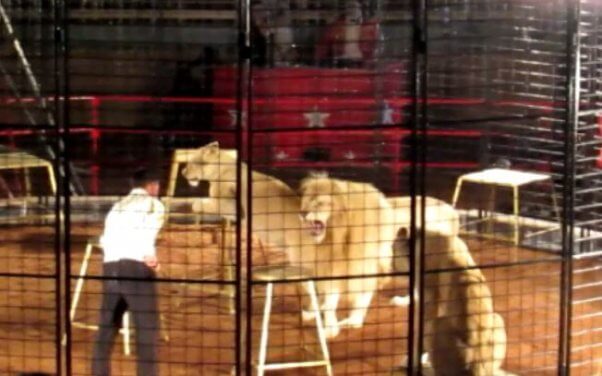 Another act involves a dog in an elephant costume who is turned upside down and shaken. The handler also carries the animal by his or her hind legs. This rough handling could cause neck or back injuries. 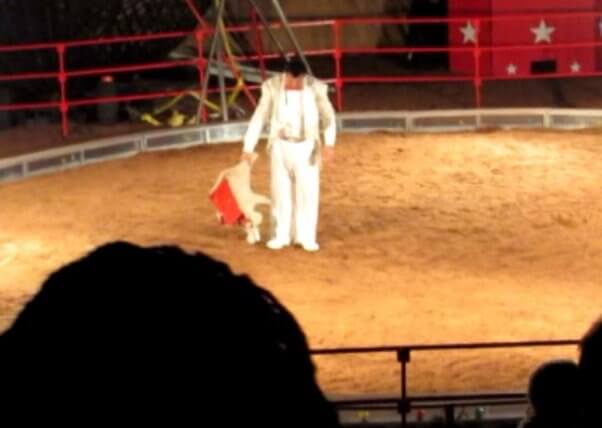 Circus Pages is the same outfit whose trainers were caught on camera whipping a tiger in the face and body more than two dozen times in 2016. 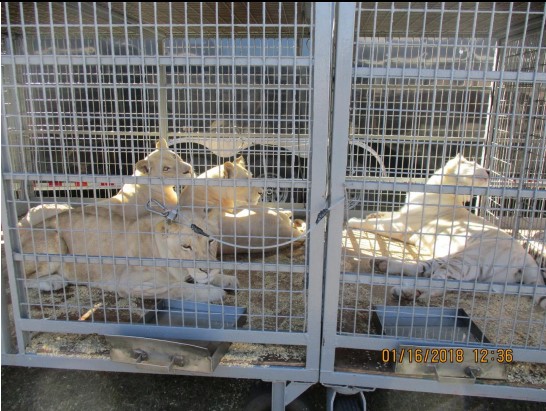 Three lions and a tiger confined to two travel crates between Circus Pages performances, taken during a January 2018 state inspection. Lions and tigers normally roam and climb through vast habitats in the wild, but animals used in circuses are relegated to cramped cages in which they barely have space to move naturally.

Animals used in circuses live in constant fear of physical punishment. Denied needed veterinary care and forced to perform uncomfortable tricks over and over, many also live in constant pain. Please, support circuses that use only willing human performers. And tell venues that are still hosting animal circuses to get out of the cruelty business.