Experimenters in Oregon are putting their expensive medical and scientific degrees to use by getting monkeys high and electroshocking their penises.

Yes, you read that right.

Experimenters at the Oregon National Primate Research Center (ONPRC) at Oregon Health & Science University recently published a paper in a scientific journal—weirdly, not The Onion—describing how they gave a group of male monkeys daily cannabis edibles and then, every two months, ejaculated them using an electric probe. The experimenters strapped stoned monkeys into a restraint chair, immobilized them, and sent electric shocks through their penises.

In their paper, the ONPRC weed dealers and monkey ejaculators write in clinical terms about how getting monkeys high and ejaculating them without their consent is important work that advances our understanding of the long-term effects of THC—the chemical component in the cannabis plant that gets you high—on the human male reproductive system.

But they’re using monkeys in cages, not humans, so how does this experiment tell us anything about the human reproductive system? 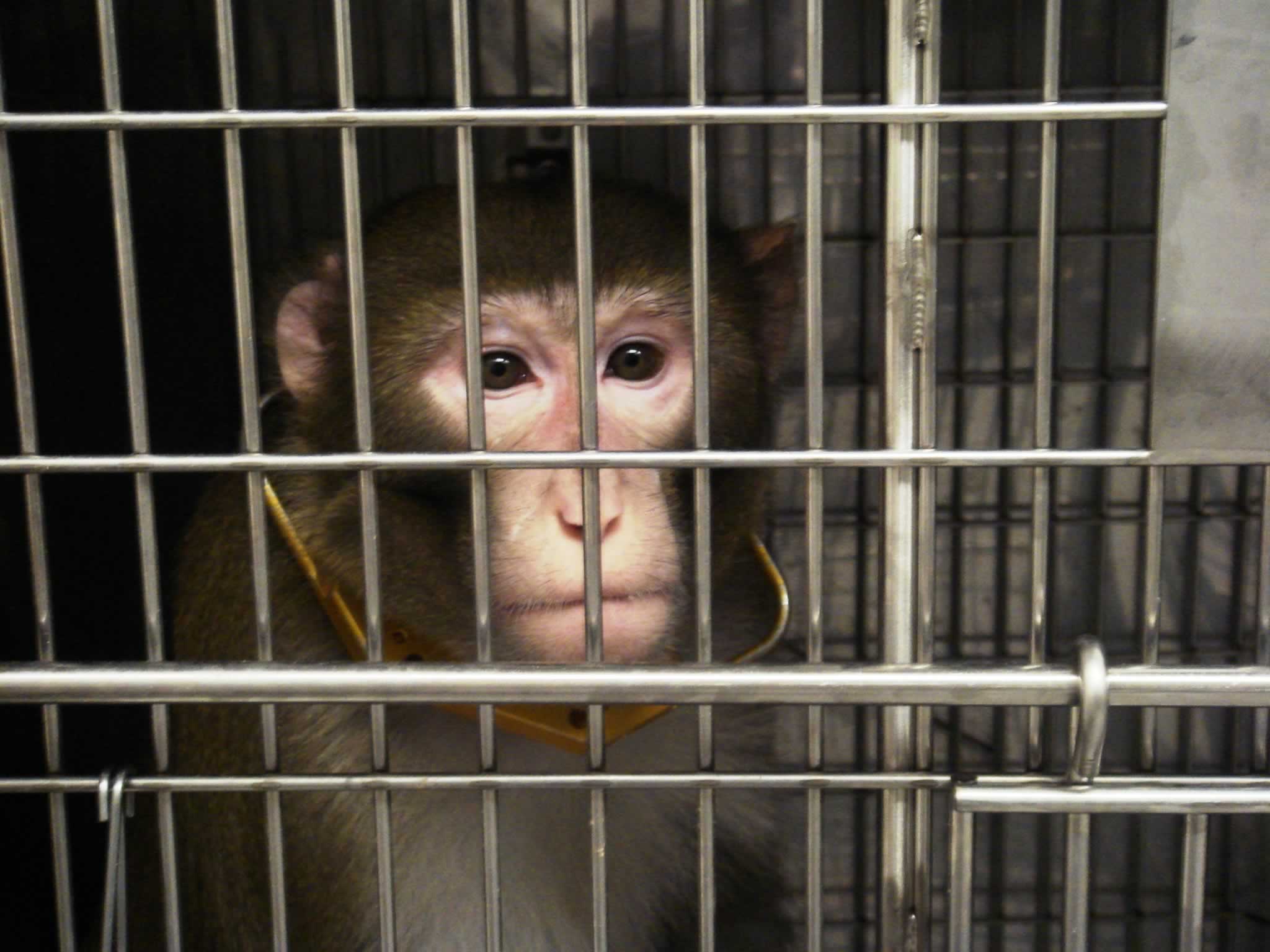 Monkeys are not miniature humans. There are significant anatomical and physiological differences between the species that render any results from these absurd experiments meaningless—they simply don’t translate to humans. Decades have been lost on treatments that show promise in monkeys but fail or cause harm in humans. And the conditions of this experiment in no way replicate the real life of a human male.

It’s hard to believe there were no men in Oregon willing to volunteer for an experiment that gives away free weed and asks participants to ejaculate regularly. You know, for science.

ONPRC is part of a nationwide, publicly funded system of primate centers established in the 1960s. The best and brightest minds at the center were tasked with tackling the most vexing scientific puzzles—today, they get monkeys high, rape them, and call it science.

This shameful study is the poster child of the NPRC system, emblematic of its colossal and complete failure. No example anywhere could better demonstrate that ONPRC—and the whole NPRC system—should be closed immediately.