Paul McCartney just made an Olympic-sized move for animals. In the midst of preparations for the London Olympics, which begin tomorrow, he put rehearsals on hold to send an urgent letter to Indian Forest Minister Dr. Patangrao Shripatrao Kadam asking him to help rescue an abused baby elephant. 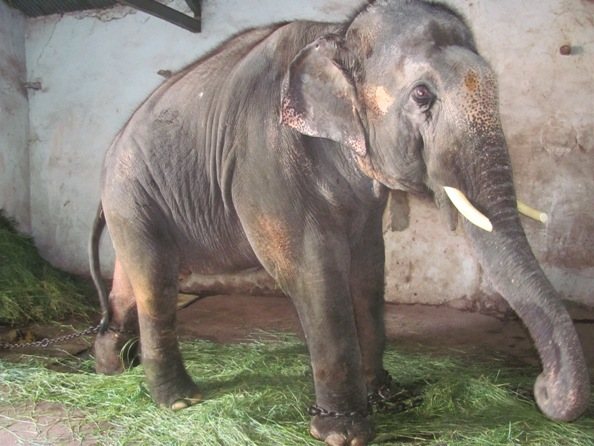 The young elephant, named Sunder, is confined to a dark shed at the Jyotiba Temple in Maharashtra, where he is kept in chains that have sharp spikes attached to them. The spikes stab Sunder’s feet, making it impossible for him to take a single step in any direction. PETA India learned that Sunder also has lesions all over his body from where his handler has beaten him with a bullhook (a sharp metal device that looks like a fireplace poker) and that his right eye is injured from being jabbed with the bullhook. 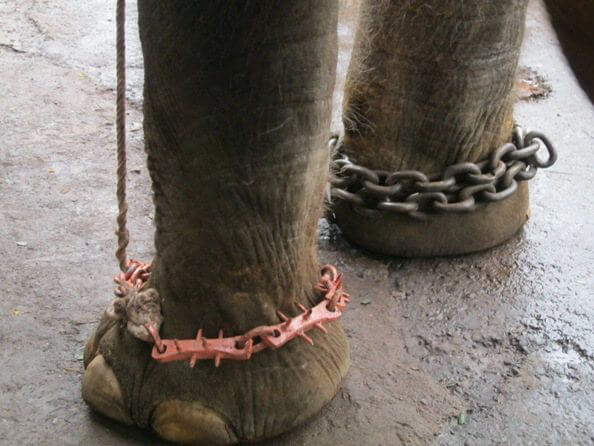 In his letter, Paul implored:

I most respectfully call on you to use your authority to get Sunder out, placed in your protective custody, and eventually integrated into a herd in the forest. … Please know the world is watching and wishing for a happy conclusion.

You can help! Urge the Maharashtra Forest Minister to use his authority to rescue Sunder and send him to a sanctuary.