Last week marked the one-year anniversary of baby elephant Hansa’s death from herpes at the Woodland Park Zoo in Seattle. Activists braved the wind and rain to commemorate Hansa’s brief life and demand an end to breeding at the zoo. The zoo, on the other hand, is preparing to artificially impregnate Chai, Hansa’s mother, for about the 50th time. 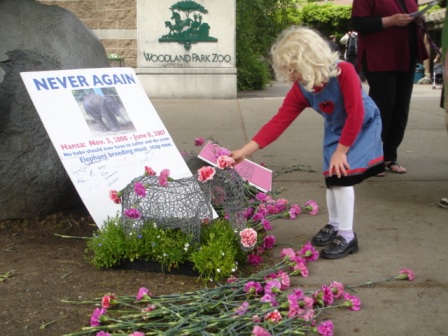