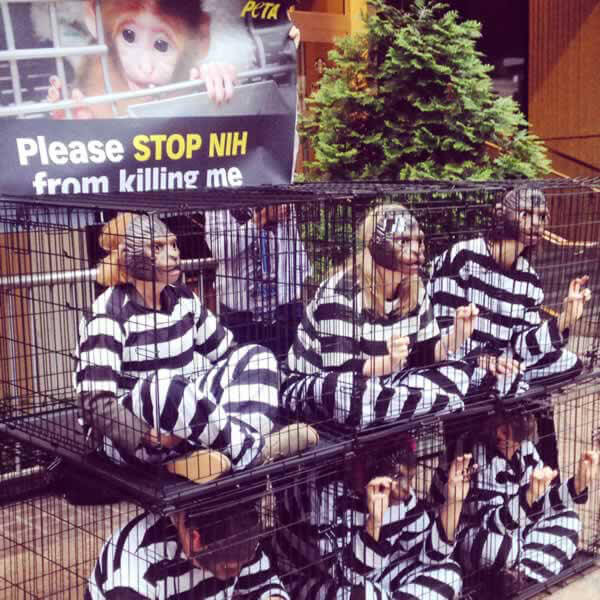 “The NIH knows all about abuse—just look at the video footage of experimenters terrorizing infant monkeys,” says PETA Director of Laboratory Investigations Justin Goodman. “These unethical and wasteful experiments are a black mark on the NIH’s reputation, and PETA will continue to call for their end.”

As revealed in video footage released by PETA, NIH experimenters breed monkeys to be prone to depression, remove the infants from their mothers at birth to induce trauma, and then subject these young monkeys to years of experiments designed to worsen and measure the babies’ severe fear, depression, and anxiety. These outdated experiments—which have been criticized by scientists including Dr. Jane Goodall and members of Congress—have never led to the development of treatments for human mental illness but have continued for more than 30 years and cost taxpayers more than $30 million in just the past seven years alone.