They spent their days relegated to a carport, cast aside like old exercise equipment. The two dogs were locked inside crates from early in the morning until dusk without a chance to relieve themselves and no way to escape from the blistering Southern summer heat. The Labrador mix did not even have room to stand up. 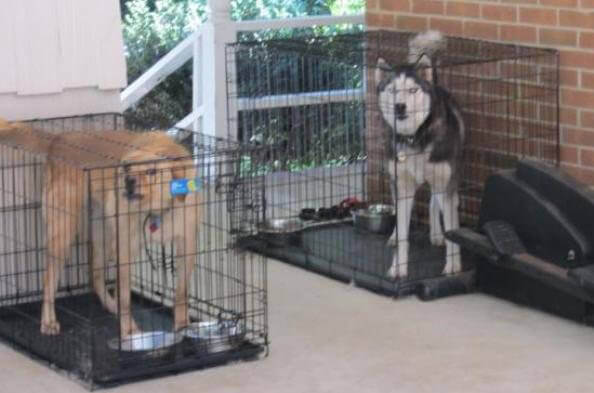 A neighbor who had to watch the dogs suffer had tried calling animal control for help. And although officers went to the home and issued a warning, they refused to confiscate the dogs because the animals did not appear to be in immediate danger of dying from dehydration or heatstroke. Frustrated, the neighbor called PETA for help.

We called animal control every few days to file an animal welfare complaint against the owner. Each time animal control paid a visit to the house, officers issued the owner another warning. Realizing that he would either have to allow his dogs indoors or continually deal with animal control, the owner surrendered both dogs to the local shelter.

It took a lot of persistence, but now both dogs have a chance to find a new home with a guardian who understands that dogs belong indoors with the rest of the family.

PETA has a wealth of information on how crating is detrimental to dogs, which you can share with anyone you know who is considering using these cruel cages (for even a short length of time).