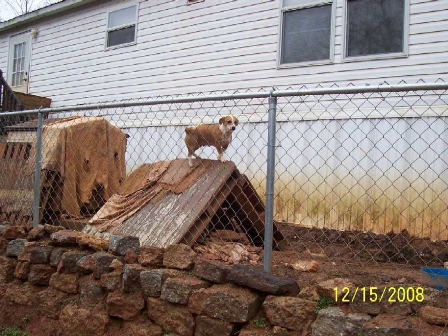 Because it’s the only way he can get out of the mud! Fortunately, this South Carolina dog and two dozen others are now high and dry—literally—thanks to the intervention of a concerned citizen, a plucky animal control officer, and PETA.

The dog’s owner—the word “guardian” wouldn’t fit the bill here!—kept 15 dogs in mud-filled pens and another 15 on top of each other inside his mobile home (seen in the background of this photo). We think he fits the description of a hoarder—a person who compulsively collects animals in the same way that someone might collect newspapers or stuffed toys. Most hoarders claim to be “saving” animals from euthanasia at animal shelters—some even call themselves “rescue groups” or “no-kill shelters” and have catchy, appealing names for their hellholes. All hoarders have a compulsion to collect (and usually neglect) animals and a total inability to recognize the horrific misery and often slow death that they are imposing on the animals.

This man claimed to be trying to create a new “designer” breed, but there’s no indication that he ever planned to sell any of the dogs, and he didn’t have a breeding license. Nor did he provide the dogs with anything close to adequate protection from the elements, as you can see in the photos below. 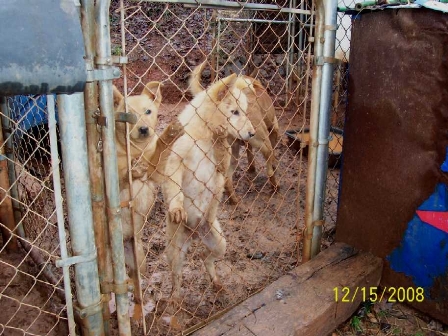 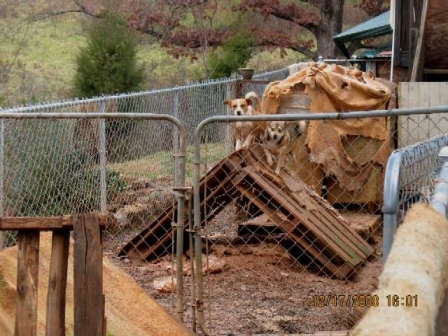 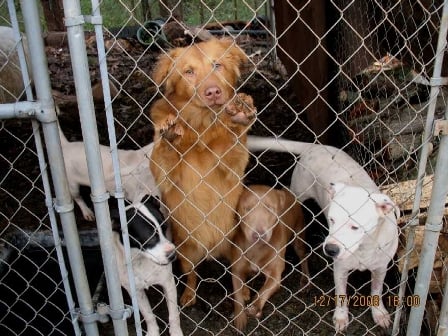 Catch this: South Carolina authorities claim that the only law this man was breaking was in failing to provide the dogs with clean water, which is a misdemeanor. South Carolina’s cruelty laws are so vague that the broken pallets, rags, tarps, and pieces of plywood that were the dogs’ only “shelter” were deemed to not be in violation.

After a delicate round of negotiations, PETA’s Cruelty Investigations Division was able to coordinate a meeting between the man and an animal control officer (who had previously been barred from the property by the man—under threat of being shot). At the meeting, the man agreed to relinquish most of the dogs.

If you’re moved by this story please take a moment to help with other cruelty cases by participating in PETA’s Action Alerts.