It was one of those stories that was so appalling that people had to share it. A PETA supporter learned from someone at her workplace about a couple who had moved out of their house and left their St. Bernard there alone, caged in a crate 24 hours a day. She called us immediately.

After tracking down the owners, we learned that they were going once a day to give the dog food and water but were forcing him to spend his life alone in the crate, where he also had to relieve himself. We pressured the local police department and animal control to talk to the couple and convince them to surrender the dog. Thankfully, they agreed. 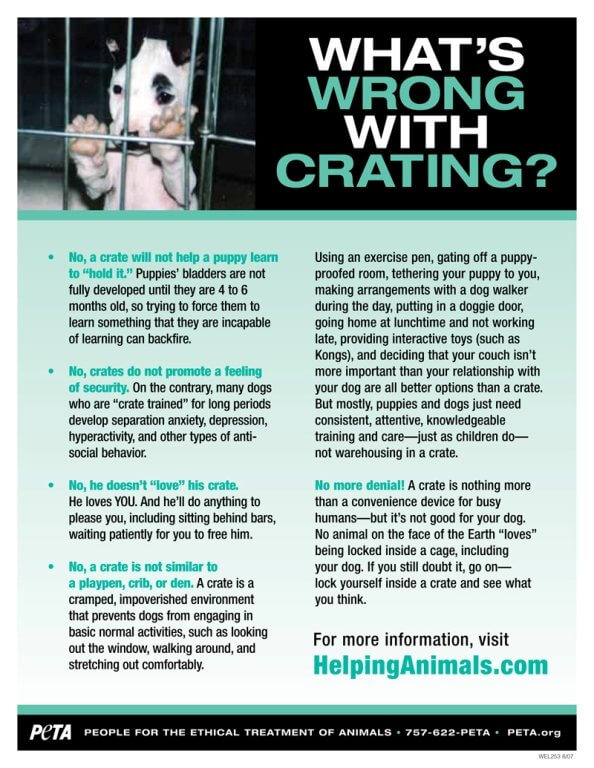 The dog was finally free, but the stress of confinement had left him with psychological scars. Like many dogs who are crated for an extended period of time, he had become aggressive and developed other behavioral problems. As it would have been dangerous to put him up for adoption, he was peacefully euthanized.

Had he not been deprived of socialization, exercise, affection, environmental stimulation, and everything else that was important to him, this dog might have been adoptable. You can help by encouraging the dog guardians in your life to let their dogs do what social pack animals do best: spend their time surrounded by family, not stuck in a crate or on a chain.