Update (July 28, 2022): A civil lawsuit has been filed against PetSmart for the death of Kobe, the dog companion of A.J. Ross, a sports reporter for CBS.

Ross posted the gruesome surveillance footage on TikTok, and it appears to show Kobe’s alleged killers asphyxiating him with two tethers around his neck while he’s wearing a muzzle. One worker seems to pull him back while he struggles to breathe, desperately moving his head and neck to escape.

When A.J. Ross dropped off her dog, named Kobe, at a PetSmart store in Pittsburgh on November 17, 2020, for what should have been a routine nail trim, she never imagined that she’d return to find his lifeless body on the grooming table. “The last thing on my mind was this would be a death sentence,” she said. Ross has shared her story in the hope that it’ll force the chain to overhaul its scandal-ridden grooming practices: “There are no specific standards, and anyone can just wake up one day and do a six-hour online course and have your pet’s life in their hands,” she told NJ Advance Media. “There should be more accountability and oversight.” And she’s already moving the needle: On May 5, four PetSmart employees were charged with felony cruelty to animals.

I don’t often share personal things but I felt the need to share in hopes it never occurs to anyone else. If you’re a pet owner or lover please read this!!! https://t.co/nrNf9nbejL

When Ross returned to the grooming center, staff said that Kobe had “passed out and went limp,” according to reports. The frantic guardian reportedly rushed the dog to a nearby veterinary clinic, where staff administered CPR, but it was too late—Kobe was dead. Ross—a news reporter and anchor for more than 10 years—didn’t buy PetSmart’s “he just fainted” story, so she did what any responsible guardian would do: She demanded to see the surveillance video.

What Ross witnessed during the last moments of her best friend’s life horrified her, according to reports.

When the store’s district manager finally let Ross watch the video on December 1, it became immediately apparent to her why PetSmart had been hesitant to let her watch:

“They had him tethered to a leash and tethered to the end of the grooming table. So his neck is being hyperextended in different directions,” Ross recalled to a Pittsburgh news outlet. “He was hanging. He was hanging for over a minute. He was struggling and being tortured. They didn’t do anything, they just kept cutting his nails.”

A local veterinarian confirmed the hyperextension of the neck as well as that the suspension of the dog above the grooming table “led to Kobe’s airway being crushed which resulted in his death.” After Ross called for an investigation, all four employees involved (two groomers and two store managers) were reportedly charged with felony cruelty to animals.

Nothing can bring Kobe back, but these charges could force PetSmart to overhaul its infamous grooming practices.

There is no excuse and no justification for Kobe’s death, and PetSmart must get smart and make serious changes, before another animal companion is killed. 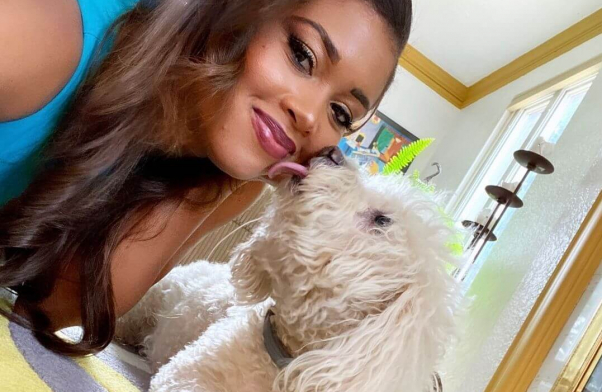 Unfortunately, PetSmart and other big-box pet store chains have a long laundry list of incidents involving animals who have been traumatized, allowed to escape, severely injured, and even killed in their grooming salons. As an investigation conducted by NJ Advance Media revealed, employees—including groomers—are pressured to meet quotas, leading groomers to shove animals through as quickly as possible, assembly-line style.

Dogs Killed, Injured at PetSmart and Petco Stores—Don’t Let Your Companion Be Next

Let Kobe’s story and the other heartbreaking stories linked above serve as reminders that these corporations have no regard for animals’ well-being or lives. Don’t find yourself in these grieving guardians’ shoes. Don’t trust just anyone with your family members’ lives—instead, learn how to groom your canine companion at home …

The Do’s and Don’ts of Grooming Your Dog

… or get PETA’s tips on ensuring your animal’s safety when using a groomer: