Two PETA supporters dressed as a cat and a dog, respectively, pounced on Los Angeles Mayor Eric Garcetti as he celebrated the grand opening of the Westfield Century City mall. Their plea? Fix the failing Los Angeles Animal Services (LAAS), whose dysfunctional toll-free number—which takes callers to a difficult-to-navigate menu and often subjects them to long, silent hold times or an incessant busy signal—is failing animals and humans alike. 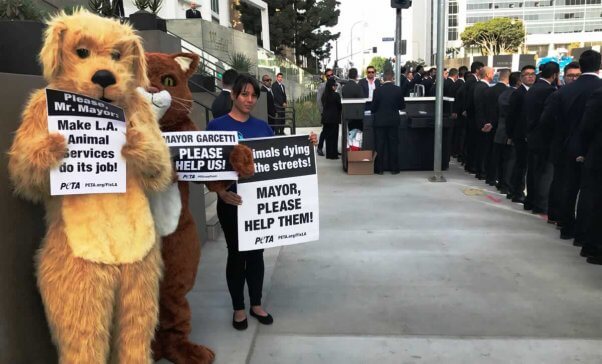 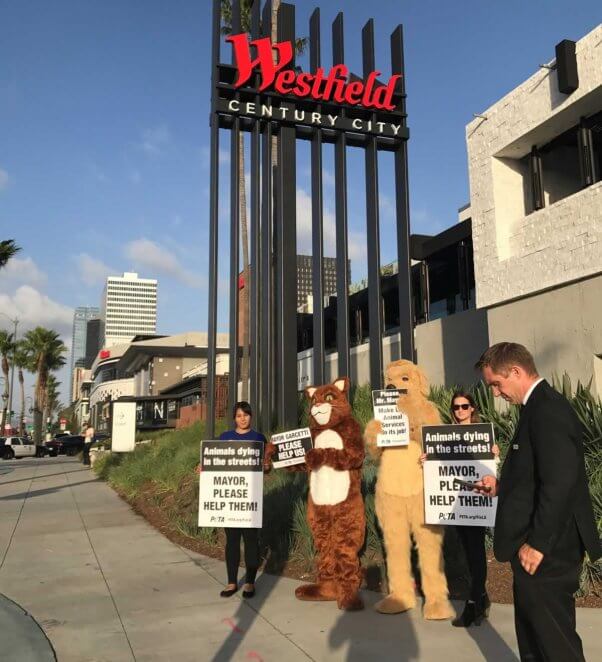 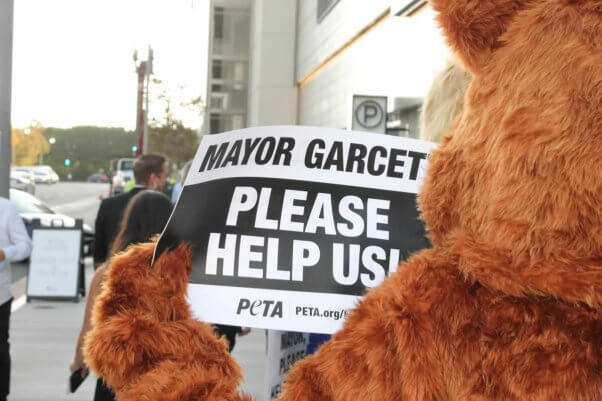 “Too many animals are being left to suffer and die because of fixable issues like tied-up phone lines and long or non-existent response times,” says PETA Senior Vice President Lisa Lange. “PETA is calling on Mayor Garcetti to make L.A. Animal Services a working resource for people who want to help animals in distress.”

PETA has written to Mayor Garcetti and LAAS General Manager Brenda Barnette multiple times over the last year pointing out these problems, and in September, the Los Angeles Times published an article about the department’s systemic failures to help animals.