Nothing says “Stop the bloody seal hunt” like a pile of dead, naked seal people outside your front door. We’re hoping that the Canadian Prime Minister got that message loud and clear last week when these brave souls stripped off, covered themselves in fake blood, and held a “die-in” outside his office to symbolize the bloody seal-killing that happens every year on the ice floes off Newfoundland. Canada, I really do love you guys: the hockey, the maple syrup, the kickass national anthem—all that great stuff—but WTF with the baby-seal bludgeoning? Seriously: worst idea for a national tradition ever. 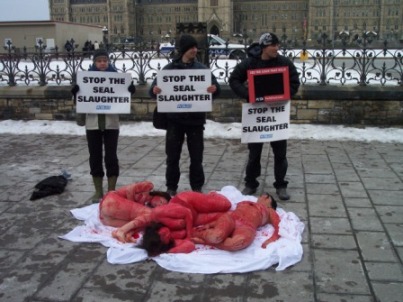 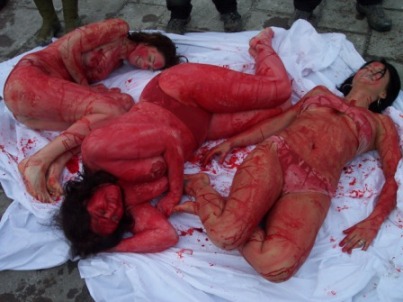