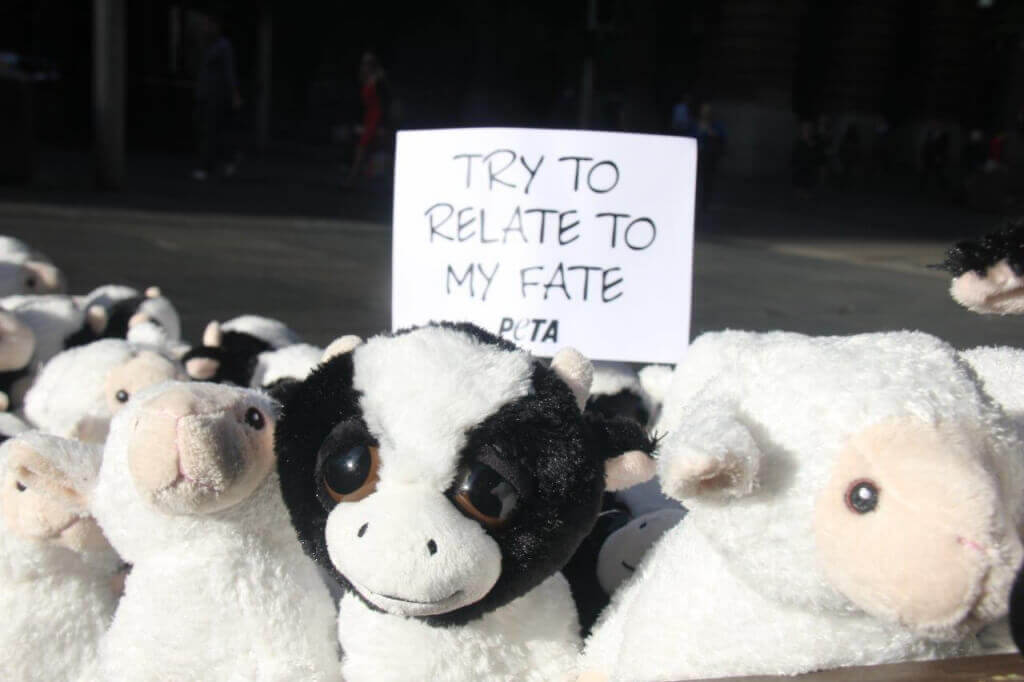 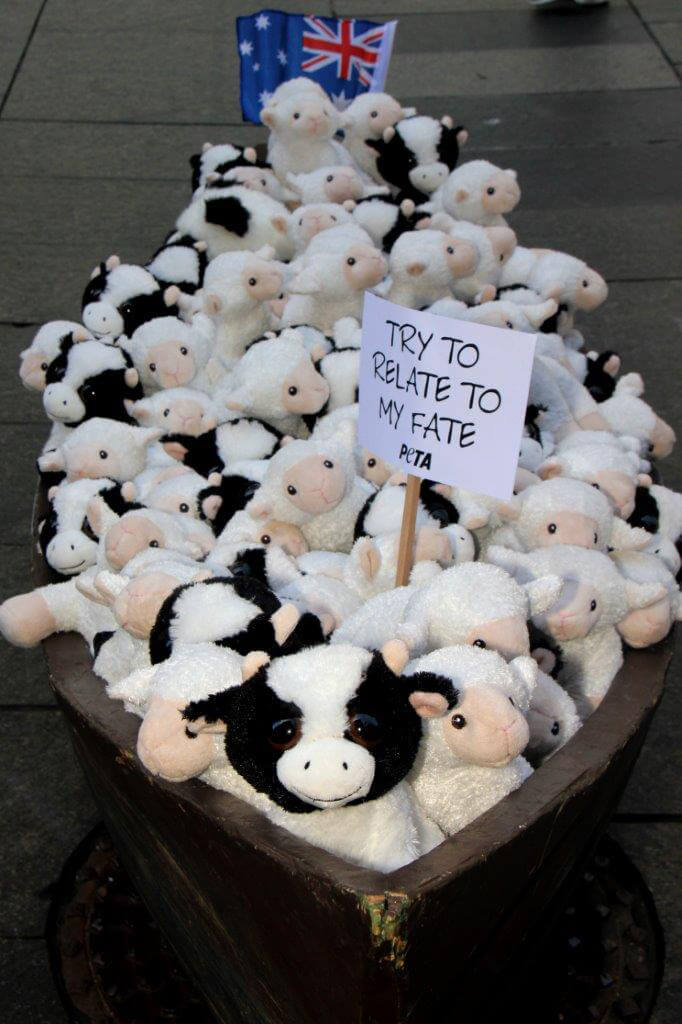 Each year, Australian wool farmers send about 3 million sheep to the Middle East for slaughter. Crammed onto filthy, disease-ridden ships, sheep—as well as cattle—are forced to endure a grueling journey in all weather extremes that can last weeks. Those who survive are dragged from the ships and cruelly killed in ways that would be illegal in Australia.

Queensland Rail and Sydney Ferries recently rejected PETA Australia’s live-export ad, which would have shown harried public commuters how much better they have it than Australia’s sheep.

The vast majority of merino wool sold in the U.S. comes from Australia. Choose cotton, acrylic, or polyester fleece over wool, and urge the Australian government to end live export.