Update: Keeping the pressure on the American Museum of Natural History to end its cruel live-animal exhibit, animal advocates flanked the museum and played PETA’s video footage of the crocodile-skin industry as guests arrived for the 23rd Annual Family Party fundraiser. The protesters pointed out that it was ironic for the museum to celebrate family when animals held in captivity are often taken from theirs. 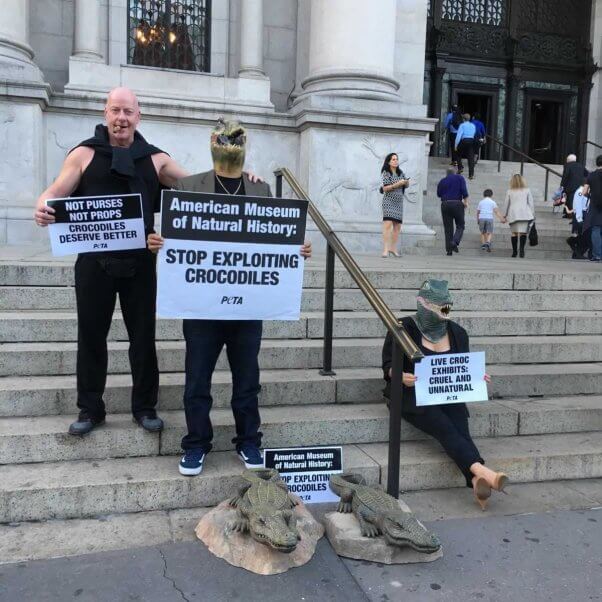 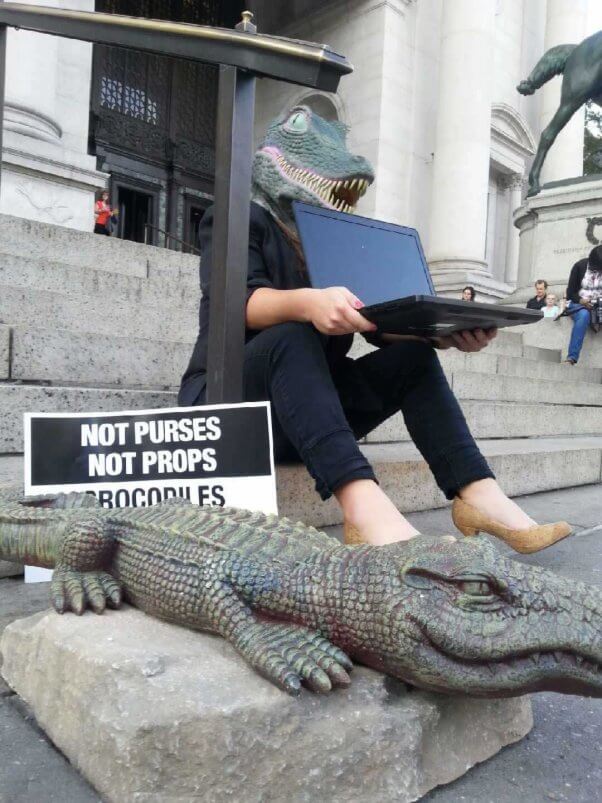 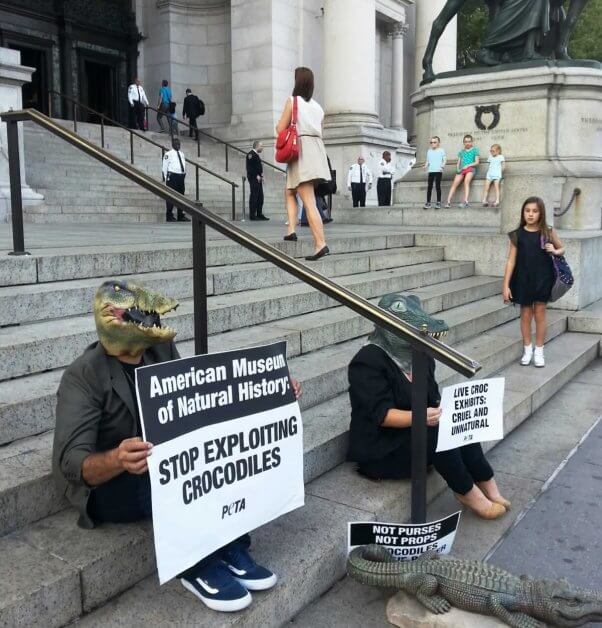 The following was originally published on October 6, 2016:

It’s supposed to be the American Museum of Natural History. But there’s nothing natural or historic about trapping alligators and endangered crocodiles in tiny tanks and putting them on display in the middle of New York City for people to gawk at. Even less natural—not to mention un-American—is the fact that the museum actually promotes the crocodile-skins industry. 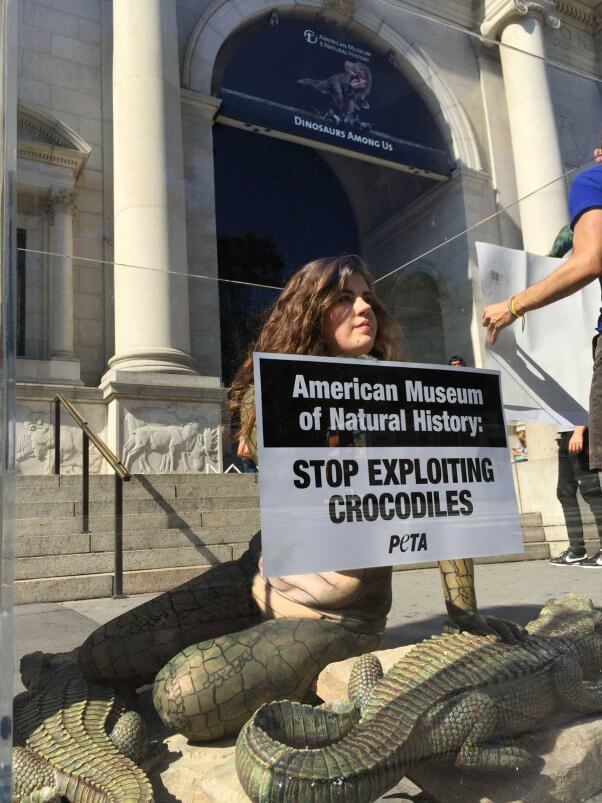 So on Thursday, a PETA supporter bodypainted to look like a crocodile was “trapped” inside a Plexiglas tank alongside two crocodile sculptures while protesters played PETA’s video footage of the barbaric crocodile-skins trade. 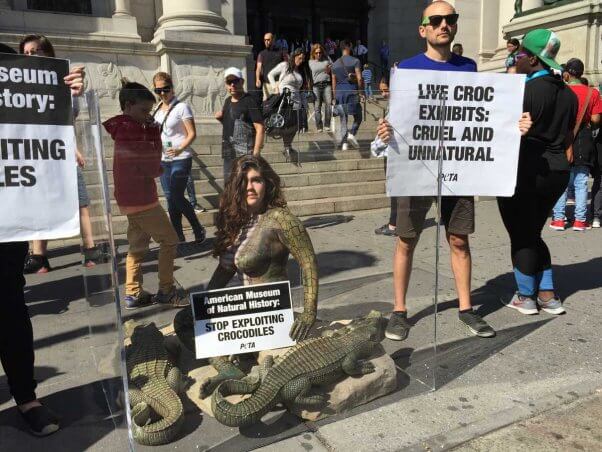 Crocodiles, alligators, and other wild animals endure trauma and stress in captivity and can endanger the public. PETA’s investigation of crocodile- and alligator-skin farms showed that workers hacked into alligators’ necks and tried to scramble their brains with metal rods. They stabbed animals to try to dislocate their vertebrae and cut into many of them while they were alive and struggling to escape.

Cruelty is a croc. Tell the American Museum of Natural History to stop exploiting crocodiles.