A trio of injured “chickens”—one in a wheelchair, one with a walker, and one on a crutch with a broken wing—answered an old adage as they crossed the road in front of the Canadian Poultry and Egg Processors Council 2015 Convention to greet attendees with a powerful message: that chickens raised and killed by the meat and dairy industries routinely endure miserable confinement, painful debeaking, and rough handling that leads to broken wings and legs. 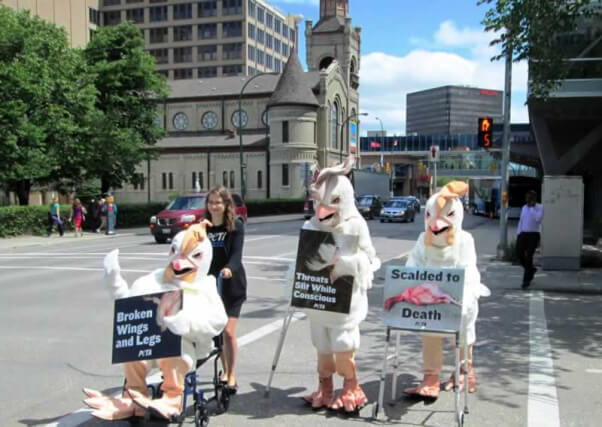 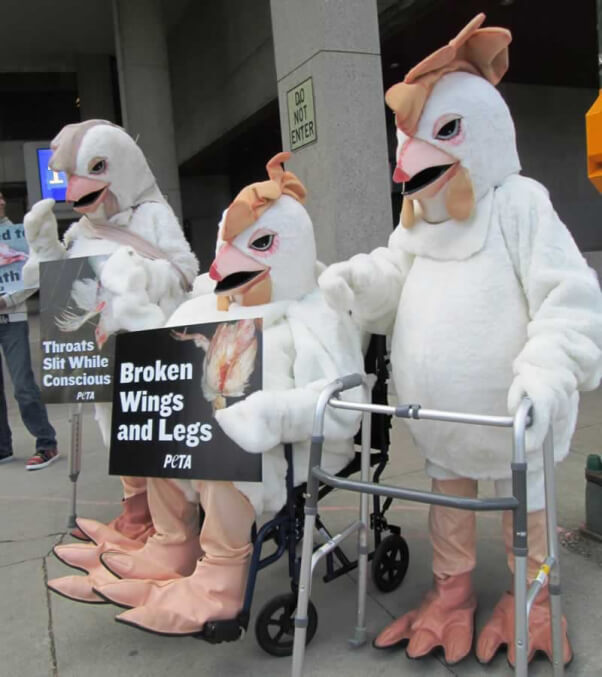 “Chickens are individuals with personalities and the capacity to develop families and friendships, a chance every animal used by meat and egg industries is denied,” says PETA Executive Vice President Tracy Reiman. “PETA is calling on caring people to spare chickens by swapping meat and eggs for cruelty-free vegan fare.”

As documented by PETA—whose motto reads, in part, that “animals are not ours to eat”—chickens killed for food are fed a steady diet of antibiotics and bred to grow so large that their legs snap under their weight. Chickens used for eggs are crammed into filthy cages so tiny that they’re unable to lift a wing, and male chicks are killed because they’re of no use to the egg industry. At the slaughterhouse, chickens are shackled upside down and their throats are slit—often while they’re still conscious—while others are scalded alive in defeathering tanks.