A PETA member recently hit the Montgomery County Department of Parks and the Maryland-National Capital Park and Planning Commission with a lawsuit that called upon a judge to prevent the cruel bowhunting of deer in Montgomery County parks. The suit stated that hunting is legal under Maryland state law only when “the most humane method reasonably available” is used. However, animals impaled with arrows often aren’t killed outright, instead wandering off to suffer for hours and even days, only to succumb unseen to a slow and agonizing death.

Despite this, the court decided to allow deer to be cruelly killed via bowhunting in Montgomery County. Hunters will use this method as one of the ways to “cull,” or needlessly “manage,” the deer population. This gruesome hunt has already started.

We are extremely disappointed by the ruling and deeply saddened about the fate of the deer, who are Montgomery County’s gentle Cecils. The day will come when human beings must recognize that wild animals have a right to live on their ancestral lands and not be forced out and slaughtered simply for living as they have for generations. We’d like to point out that the county’s “management” program appears to be purposely set up to increase the size of deer families each year so as to make more living targets for hunters. Were that not the case, after all these years, the population of deer would have declined, and it has not. PETA believes this act of violence needs to be replaced with a program of chemical sterilizers if the county cannot “live and let live.” 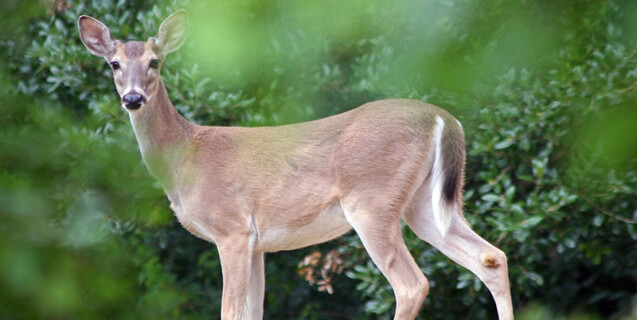 To combat hunting in your area, post “No Hunting” signs on your land, join or form an anti-hunting organization, or protest organized hunts.