We first met Congresswoman Eleanor Holmes Norton when she approached a group of PETA protestors outside the FDA over two decades ago. She wished us luck as we spoke out against corrosion tests on animals, and since then we’ve come to know her as a strong voice for justice for animals and human beings. 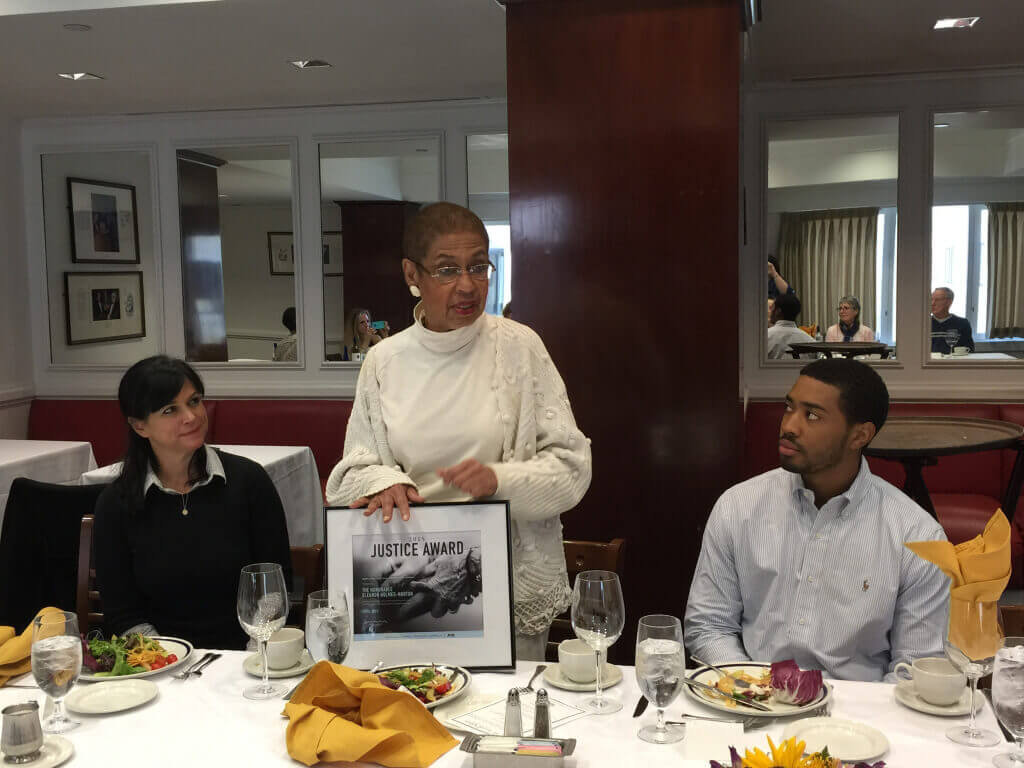 This weekend, PETA gave Congresswoman Holmes our Justice in Action award for her continued support of animal issues and bills, including a bill to end horse slaughter, a bill to mandate the phasing out of testing on animals in the military, and a bill to end the use of elephants in performances.

Holmes also offered her support to end cosmetics testing and led the effort to successfully defeat the outrageous King amendment that would have removed the few scant protections for animals abused and killed in farming.

When presented with the award, Congresswoman Holmes said she was “honored indeed to be honored by PETA.”

“I am known for my work in human rights, but if you just think for a moment, that’s not far removed from all of the work you’ve been doing to make us understand that animals have rights too,” she said. “[PETA] has been working to raise the consciousness of people here and globally to protect animals.” Holmes said. “I come to thank you and to say that what I have done only comes naturally and what you have done takes a lot of work and I thank you for doing it.”