Airport food has gotten a bad rap. But some airport eateries, including the newly opened Ben’s Chili Bowl at Ronald Reagan Washington National Airport, have such tasty vegan options that it’s worth making the trip to the airport even if you’re not catching a flight. The world-famous chili joint just won a “Best of Reagan” Award from PETA for offering great-tasting vegan burgers, veggie chili, and more: 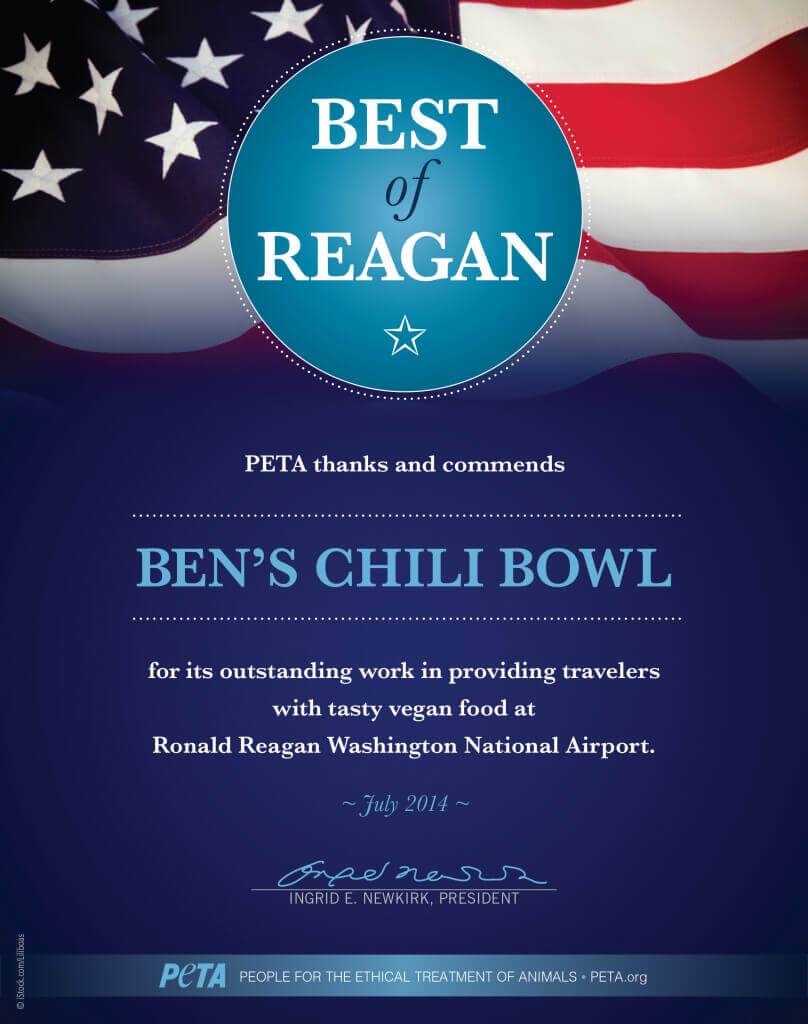 With its new location in the airport named for Ronald Reagan, praise from President Barack Obama, and vegan food that Bill Clinton would love, Ben’s Chili Bowl might just be the most presidential take-out joint in the district. By placing PETA’s “Best of Reagan” Award on its wall, Ben’s Chili Bowl will be letting travelers know that they can easily get a hearty, tasty, cruelty-free meal en route to their next vacation spot or business trip. 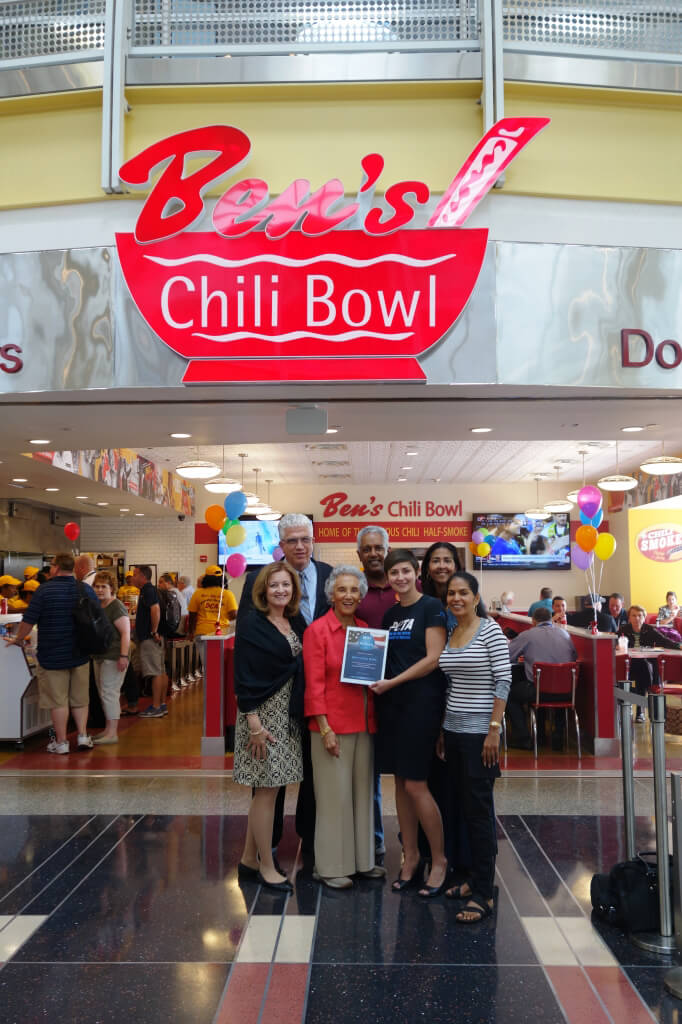