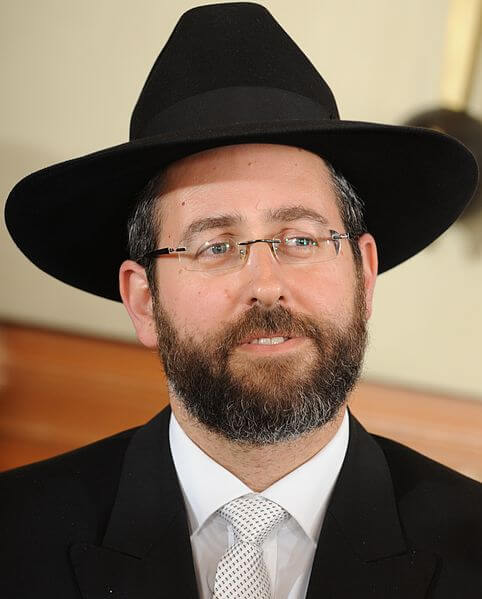 Imagine atoning for sins in a way that is sinful. According to a newly released letter written by Israeli Chief Rabbi David R. Lau, that is exactly what’s happening when Orthodox Jews abuse chickens during the annual ritual of kapparos. Explaining that such abuse is “a mitzvah through a transgression,” Chief Rabbi Lau reminded participants and suppliers that they have “a holy duty all year round to prevent any animal suffering and unnecessary pain … “.

Even though Jewish law condemns cruelty to animals, every year millions of chickens are killed in kapparos rituals on the eve of Yom Kippur. Shoved into tiny cages and left to languish without food and water in the end-of-summer heat, the frightened animals are roughly grabbed by their feet and wings, often squawking in pain and fear as they’re waved over the heads of participants, before being slaughtered. In Brooklyn alone, 50,000 chickens are killed every year during kapporos ceremonies.

There is a better way. Many Orthodox Jews forgo chickens in favor of waving money instead. With the words of Chief Rabbi Lau reminding Orthodox Jews of their obligation to alleviate animal suffering, we hope that ritual chicken abuse will quickly become a thing of the past. 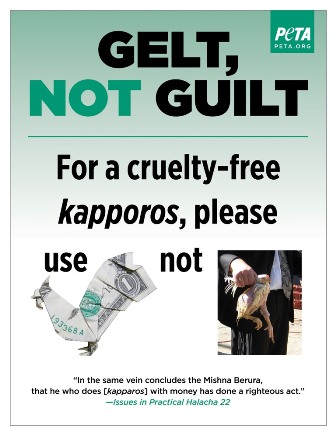