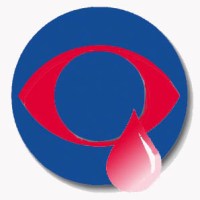 I don’t quite understand what it is that makes CBS want to promote animal abuse on the regular (though it may have a little something to do with a petty, small-minded man named Les Moonves who runs the network), but there’s no doubt that they have a pretty full schedule of it, beginning with the Survivor stunts where contestants are invited to torture animals for a chance at the immunity idol, followed recently by the unbelievable decision to encourage the children on Kid Nation to kill chickens, and capped off this month with an episode of The Amazing Race of Africa where contestants had to stuff chickens into bags and keep them there for a day, then tie baby goats into bike baskets and ride around a marketplace while the animals screamed in fear.

Since there’s no reasoning with CBS or Les Moonves himself, we’ve taken this one to the advertisers. We’re asking Kohl’s and Energizer, who both advertise heavily during Kid Nation and The Amazing Race, to immediately pull their sponsorship of the shows until CBS commits to stop being so damned cruel. And, if you’re feeling activisty today, you can do so too—just click here to write a polite letter to Energizer, and here to do the same for Kohl’s. For a bit of inspiration, you can read our own letter to Energizer on this topic—feel free to plagiarize it as much as you like.

P.S. Yes, I know that “activisty” isn’t a real word, and no, I will not attempt to use it again.